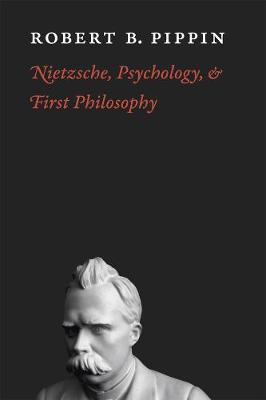 Description - Nietzsche, Psychology, and First Philosophy by Robert B. Pippin

Friedrich Nietzsche is one of the most elusive thinkers in the philosophical tradition. His highly unusual style and insistence on what remains hidden or unsaid in his writing make pinning him to a particular position tricky. Nonetheless, certain readings of his work have become standard and influential. In this major new interpretation of Nietzsche?s work, Robert B. Pippin challenges various traditional views of Nietzsche, taking him at his word when he says that his writing can best be understood as a kind of psychology.

Pippin traces this idea of Nietzsche as a psychologist to his admiration for the French moralists: La Rochefoucauld, Pascal, Stendhal, and especially Montaigne. In distinction from philosophers, Pippin shows, these writers avoided grand metaphysical theories in favor of reflections on life as lived and experienced. Aligning himself with this project, Nietzsche sought to make psychology ?the queen of the sciences? and the ?path to the fundamental problems.? Pippin contends that Nietzsche?s singular prose was an essential part of this goal, and so he organizes the book around four of Nietzsche?s most important images and metaphors: that truth could be a woman, that a science could be gay, that God could have died, and that an agent is as much one with his act as lightning is with its flash.

Expanded from a series of lectures Pippin delivered at the College de France, Nietzsche, Psychology, and First Philosophy offers a brilliant, novel, and accessible reading of this seminal thinker.

Other Editions - Nietzsche, Psychology, and First Philosophy by Robert B. Pippin 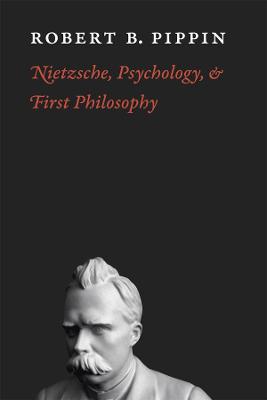 » Have you read this book? We'd like to know what you think about it - write a review about Nietzsche, Psychology, and First Philosophy book by Robert B. Pippin and you'll earn 50c in Boomerang Bucks loyalty dollars (you must be a Boomerang Books Account Holder - it's free to sign up and there are great benefits!)

Robert B. Pippin is the Evelyn Stefansson Nef Distinguished Service Professor in the John U. Nef Committee on Social Thought, the Department of Philosophy, and the College at the University of Chicago. He is the author or editor of nearly a dozen books, including, most recently, Hegel's Practical Philosophy: Rational Agency as Ethical Life.

A Preview for this title is currently not available.
More Books By Robert B. Pippin
View All