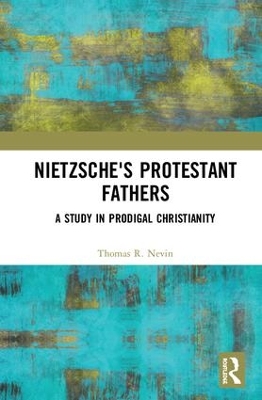 Nietzsche was famously an atheist, despite coming from a strongly Protestant family. This heritage influenced much of his thought, but was it in fact the very thing that led him to his atheism? This work provides a radical re-assessment of Protestantism by documenting and extrapolating Nietzsche's view that Christianity dies from the head down. That is, through Protestantism's inherent anarchy.

In this book, Nietzsche is put into conversation with the initiatives of several powerful thinking writers; Luther, Boehme, Leibniz, and Lessing. Using Nietzsche as a critical guide to the evolution of Protestant thinking, each is shown to violate, warp, or ignore gospel injunctions, and otherwise pose hazards to the primacy of Christian ethics.

Demonstrating that a responsible understanding of Protestantism as a historical movement needs to engage with its inherent flaws, this is a text that will engage scholars of philosophy, theology, and religious studies alike.

» Have you read this book? We'd like to know what you think about it - write a review about Nietzsche's Protestant Fathers: A Study in Prodigal Christianity book by Thomas R. Nevin and you'll earn 50c in Boomerang Bucks loyalty dollars (you must be a Boomerang Books Account Holder - it's free to sign up and there are great benefits!)


A Preview for this title is currently not available.
More Books By Thomas R. Nevin
View All