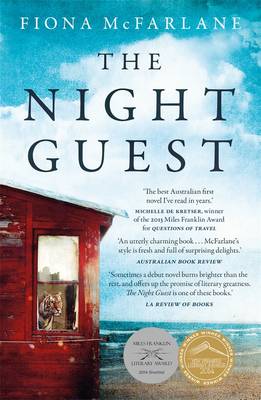 The debut of a major Australian writer, The Night Guest is a mesmerising novel about trust, love, dependence, and the fear that the things you think you know may become the things you're least sure about.
One morning Ruth wakes thinking a tiger has been in her seaside house. Later that day a formidable woman called Frida arrives, looking as if she's blown in from the sea. In fact she's come to care for Ruth. Frida and the tiger- both are here to stay, and neither is what they seem. Which of them can Ruth trust? And as memories of her childhood in Fiji press upon her with increasing urgency, can she even trust herself?

'The Night Guest is such an accomplished and polished debut. A delicacy and poignancy to the writing is combined with almost unbearable suspense.' Kate Atkinson, author of Life After Life

'I will be haunted by its beauty and its truths for along time to come . . . A rapturous, fearsome fable of grief and love.' Susanna Moore, author of In the Cut

'Clear-sighted and compelling . . . and you love Ruth as you travel with her to the book's end.' Ashley Hay, Weekend Australian

'An extraordinary novel. At once a tender thriller and an exquisitely constructed meditation on time and memory, it is propelled by sentence after sentence of masterful prose. With The Night Guest, Fiona McFarlane announces herself as a writer to be read, admired, and read again.' Kevin Powers, author of The Yellow Birds

'The best Australian first novel I've read in years. I so much admire the intelligence that animates it, and her calm sentences that contain surprises.' Michelle de Kretser, winner of the 2013 Miles Franklin Award for Questions of Travel

'Sometimes a debut novel burns brighter than the rest, and offers up the promise of literary greatness. The Night Guest is one of these books.' LA Review of Books

'An enthralling psychological thriller in which every gesture and detail is loaded with meaning. This stellar debut will haunt you.' Entertainment Weekly

'A debut of uncommon assurance . . . It seems to rise above the shiny trivia of the last decade's novels . . . and do what serious fiction can- leave you more interested in the world, more conscious of its enigmas of love and memory, than you were before you read it.' Chicago Tribune

'Precise and elegant . . . with extraordinary maturity for such a young writer.' The Independent (UK)

Other Editions - The Night Guest by Fiona McFarlane 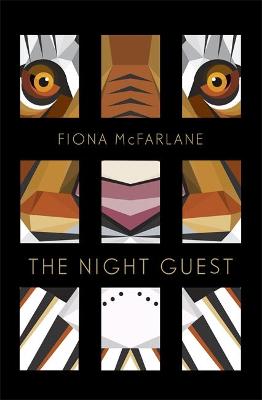 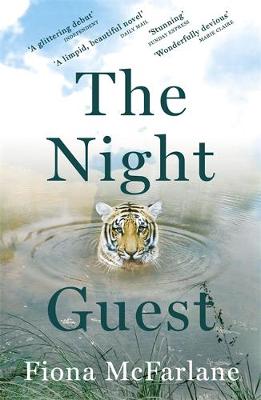 » Have you read this book? We'd like to know what you think about it - write a review about Night Guest book by Fiona McFarlane and you'll earn 50c in Boomerang Bucks loyalty dollars (you must be a Boomerang Books Account Holder - it's free to sign up and there are great benefits!)

Fiona McFarlane was born in Sydney, and has degrees in English from Sydney University and Cambridge University, and an MFA from the University of Texas at Austin, where she was a Michener Fellow. Her work has been published in Zoetrope- All-Story, Southerly, the Best Australian Stories and the New Yorker, and she has received fellowships from the Fine Arts Work Center in Provincetown, Phillips Exeter Academy and the Australia Council for the Arts. The Night Guest, her debut novel, has sold into fifteen territories around the world. She lives in Sydney.

A Preview for this title is currently not available.
More Books By Fiona McFarlane
View All