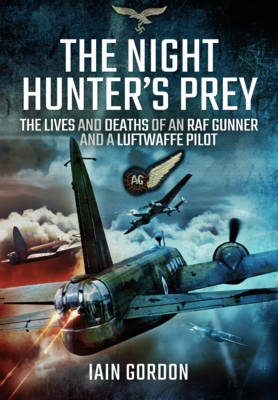 This is the story of two airmen - an RAF Rear Gunner and a Luftwaffe Pilot. Alexander Ollar was raised in the Highlands of Scotland. He became an exceptional sporting shot and volunteered as an RAF Air Gunner in 1939. Helmut Lent enrolled for pilot training in the Luftwaffe as soon as he was old enough. Both were men of integrity and honour. Alec completed his first tour of 34 operations with 115 Squadron and was awarded the Distinguished Flying Medal by the King. After a year as an instructor, Alec was commissioned and returned to 115 Squadron as Gunnery Leader. He took part in the first 1,000 bomber raid and was described by his Squadron Commander as the best rear gunner he had ever flown with. At the same time Helmut was building up an impressive score of victories as a night fighter pilot and a national hero who was decorated by the Fuhrer. In July 1942, just as both men reach the apex of their careers, they meet for the first time in the night skies over Hamburg. As this fascinating book reveals, only one will survive.

» Have you read this book? We'd like to know what you think about it - write a review about Night Hunter's Prey book by Iain Gordon and you'll earn 50c in Boomerang Bucks loyalty dollars (you must be a Boomerang Books Account Holder - it's free to sign up and there are great benefits!)

Iain Gordon founded and ran for 30 years a specialist publishing house producing periodicals for Army garrisons and establishments in conjunction with being Managing Director of an established Scottish weekly newspaper. He regularly writes articles on military history and speaks at academic symposia in the United Kingdom and overseas. Since his retirement he has written five books on military and naval matters, four of which have been published by Pen & Sword: Admiral of the Blue, the biography of a Georgian Navy admiral, was shortlisted for the Mountbatten Maritime Prize in 2006 and Bloodline, a study of the origins and development of the regular formations of the British Army, has become the standard reference work in its field

A Preview for this title is currently not available.
More Books By Iain Gordon
View All

Food Production and Nature Conservation
No Stock on Hand, Supplier Has No Due Date for Supply.
$226.80 $252.00