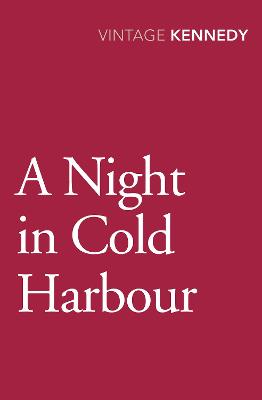 A Night in Cold Harbour

Description - A Night in Cold Harbour by Margaret Kennedy

Romilly Brandon was heir to a fortune and the handsomest and liveliest young man in the county. But in his twenty-first year, the pretty daughter of the local parson, Jenny Newbolt broke his heart, and he left to live a dissipated life in London. Returning years later, Romily finds many surprises - his one-time sweetheart grown old and withered, and in possession of a great secret that shakes him to his core. When Romily finally learns the truth, is it too late to atone?

Book Reviews - A Night in Cold Harbour by Margaret Kennedy

» Have you read this book? We'd like to know what you think about it - write a review about Night in Cold Harbour book by Margaret Kennedy and you'll earn 50c in Boomerang Bucks loyalty dollars (you must be a Boomerang Books Account Holder - it's free to sign up and there are great benefits!)