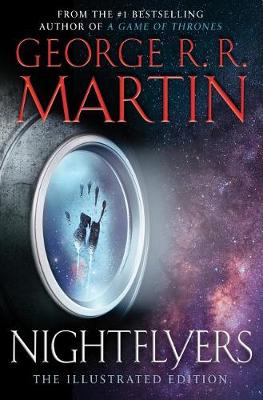 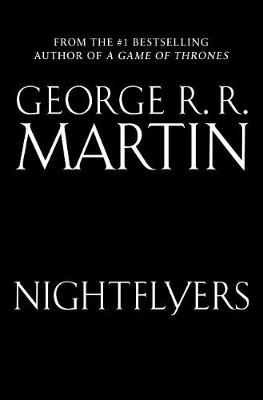 » Have you read this book? We'd like to know what you think about it - write a review about Nightflyers: The Illustrated Edition book by George R R Martin and you'll earn 50c in Boomerang Bucks loyalty dollars (you must be a Boomerang Books Account Holder - it's free to sign up and there are great benefits!)

George R. R. Martin is the #1 New York Times bestselling author of many novels, including those of the acclaimed series A Song of Ice and Fire--A Game of Thrones, A Clash of Kings, A Storm of Swords, A Feast for Crows, and A Dance with Dragons--as well as Tuf Voyaging, Fevre Dream, The Armageddon Rag, Dying of the Light, Windhaven (with Lisa Tuttle), and Dreamsongs Volumes I and II. He is also the creator of The Lands of Ice and Fire, a collection of maps featuring original artwork from illustrator and cartographer Jonathan Roberts, and The World of Ice & Fire, with Elio M. Garcï¿½a, Jr., and Linda Antonsson. As a writer-producer, he has worked on The Twilight Zone, Beauty and the Beast, and various feature films and pilots that were never made. He lives with the lovely Parris in Santa Fe, New Mexico. David Palumbo is a Philadelphia-based painter known primarily for fantasy and horror genre illustration. His work is characterized by dark themes and moody atmosphere with a traditional painterly technique. A graduate of the Pennsylvania Academy of Fine Art, Palumbo began his career showing in galleries in 2003, but his primary focus has long been centered on illustration. His images have since won numerous honors and have been featured in exhibits from New York to Paris.

A Preview for this title is currently not available.
More Books By George R R Martin
View All