As a part of the acclaimed DC Comics - The New 52, Dick Grayson flies high once more as Nightwing in a new series from hot new writer Kyle Higgins (BATMAN- GATES OF GOTHAM) and artist Eddy Barrows (SUPERMAN)!Haley's Circus, the big top where Dick once performed, makes a stop on its tour in Gotham City - bringing with it murder, mystery and superhuman evil. To uncover more clues as to why a mysterious assassin is targetting him, Nightwing joins the Haley's Circus tour in order to find more clues and protect those he loves. But as Dick becomes closer acquainted with the big top he grew up with, he discovers there's a much deeper, darker secret to be discovered.

Other Editions - Nightwing by Kyle Higgins 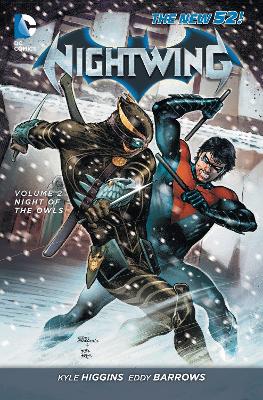 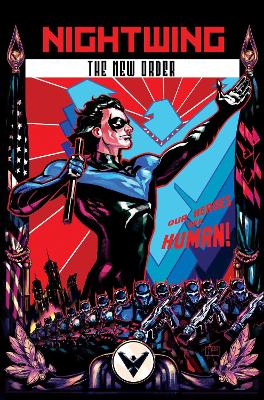 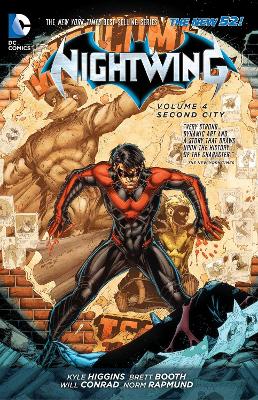 » Have you read this book? We'd like to know what you think about it - write a review about Nightwing book by Kyle Higgins and you'll earn 50c in Boomerang Bucks loyalty dollars (you must be a Boomerang Books Account Holder - it's free to sign up and there are great benefits!)

Kyle Higgins is a New York Times Best Selling writer whose work includes Batman- Gates Of Gotham, Supreme Power, and Deathstroke. After spending two years at the University of Iowa, Kyle transferred to Chapman University where he co-wrote and directed a superhero noir titled The League, about the 1960's superhero labor union of Chicago. The film opened doors at Marvel Comics, where Kyle co-wrote his first two books with Alec Siegel (Captain America Theater Of War- Prisoners Of Duty, and Avengers Origins- The Vision). Kyle is also a co-writer of The Nightrunner (with David Hine), whose story was featured on The Daily Show with John Stewart. At present, Kyle is helming Nightwing as part of DC Comics The New 52.

A Preview for this title is currently not available.
More Books By Kyle Higgins
View All