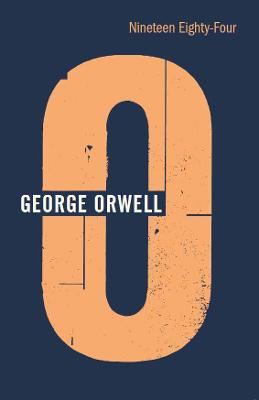 Volume 9 of The Complete Works of George Orwell

Volume 9 of The Complete Works of George Orwell

'It was a bright cold day in April and the clocks were striking thirteen.' This is the opening sentence of the most influential novel of the century, in English or in any of the sixty or more languages which boast a translation. Nineteen Eighty-Four has been described as chilling, absorbing, satirical, momentous, prophetic and terrifying. It is all these things, and more.

Not only does the novel have a ferocious impact, it has also made an irreplaceable contribution to the language - Big Brother, Newspeak, Thought Police, Unperson and Doublethink are just a few words it introduced.

Originally entitled 'The Last Man in Europe', Nineteen Eighty-Four also proved to be Orwell's last book, the physical effort of typing up the final draft leading to his eventual collapse from TB that had dogged him since before the outbreak of the Second World War. He lived long enough to see it become an immediate bestseller on both sides of the Atlantic on publication in June 1949.

For this edition the text had been meticulously edited according to Orwell's wishes, including the re-instatement of Winston Smith's controversial acceptance of the equation '2+2=5'.