The History of Western Philosophy of Religion Volume 4

The nineteenth century was a turbulent period in the history of the philosophical scrutiny of religion. Major scholars - such as Hegel, Fichte, Schelling, Newman, Caird and Royce - sought to construct systematic responses to the Enlightenment critiques of religion carried out by Spinoza and Hume. At the same time, new critiques of religion were launched by philosophers such as Schopenhauer and Nietzsche and by scholars engaged in textual criticism, such as Schleiermacher and Dilthey. Over the course of the century, the work of Marx, Freud, Darwin and Durkheim brought the revolutionary perspectives of political economy, psychoanalysis, evolutionary theory and anthropology to bear on both religion and its study. These challenges played a major role in the shaping of twentieth-century philosophical thought about religion. "Nineteenth-Century Philosophy of Religion" will be of interest to scholars and students of Philosophy and Religion, and will serve as an authoritative guide for all who are interested in the debates that took place in this seminal period in the history of philosophical thinking about religion.

Other Editions - Nineteenth-Century Philosophy of Religion by Graham Oppy 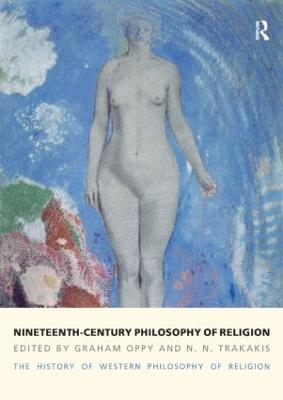 » Have you read this book? We'd like to know what you think about it - write a review about Nineteenth-Century Philosophy of Religion book by Graham Oppy and you'll earn 50c in Boomerang Bucks loyalty dollars (you must be a Boomerang Books Account Holder - it's free to sign up and there are great benefits!)

Graham Oppy is a Professor of Philosophy and Head of the School of Philosophical, Historical and International Studies (SOPHIS) at Monash University, Australia. N. N. Trakakis is Research Fellow and Senior Lecturer in Philosophy at the Australian Catholic University.

A Preview for this title is currently not available.
More Books By Graham Oppy
View All

The Routledge Handbook of Contemporary Philosophy of Religion
$415.80 $420.00