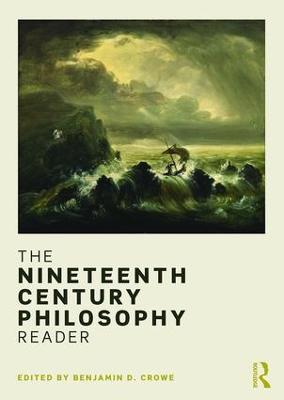 The nineteenth century was one of the most remarkable periods in the history of philosophy and a period of great intellectual, social, and scientific change. Challenging philosophical thought of earlier centuries, it caused shock waves that lasted well into the twentieth century.

The Nineteenth Century Philosophy Reader is an outstanding anthology of the great philosophical texts of the period and the first of its kind for many years. In presenting many of the major ideas expounded by philosophers of the era, it provides the reader with a comprehensive account of this extremely important and fertile period. Carefully selected extracts from the following philosophers are included, providing a solid introduction to the most fundamental arguments and insights of each thinker:

In addition to an introduction by the editor, a key feature of the reader is a specially commissioned introduction to each part by leading scholars in the field, placing the extracts in philosophical and historical context.

The Nineteenth Century Philosophy Reader is an ideal anthology for anyone seeking to engage with and learn about this important period. As well as appealing to students of nineteenth-century philosophy, it will also be of interest to those in related fields such as literature, religion, and social and political theory. 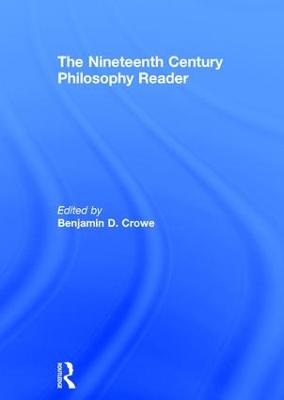 » Have you read this book? We'd like to know what you think about it - write a review about Nineteenth Century Philosophy Reader book by Benjamin D. Crowe and you'll earn 50c in Boomerang Bucks loyalty dollars (you must be a Boomerang Books Account Holder - it's free to sign up and there are great benefits!)

Benjamin D. Crowe is Assistant Professor of Philosophy at the University of Utah, USA.

A Preview for this title is currently not available.
More Books By Benjamin D. Crowe
View All