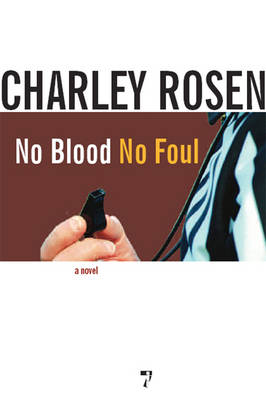 No Blood, No Foul

Description - No Blood, No Foul by Charley Rosen

Jason Lewis is a star college basketball player just back from WWII. He's a hero, missing two fingers on his shooting hand. He can't play any longer, so he makes the ultimate player's sacrifice - he becomes a referee. Set in post-War New York during the founding of the NBA, No Blood, No Foul is the story of a man who must come to terms with a debilitating injury and chase after dreams of perfection in a decidedly imperfect world.

Book Reviews - No Blood, No Foul by Charley Rosen

» Have you read this book? We'd like to know what you think about it - write a review about No Blood, No Foul book by Charley Rosen and you'll earn 50c in Boomerang Bucks loyalty dollars (you must be a Boomerang Books Account Holder - it's free to sign up and there are great benefits!)

A native of the Bronx and longtime pal of basketball guru Phil Jackson, CHARLEY ROSEN led the league in technical fouls during each of his six years as a coach in the now-defunct Continental Basketball Association. Since then he has become the world's foremost writer of fiction and nonfiction on the subject of basketball, chronicling the drama that takes place both on and off the court. His many novels include "The House of Moses All-Stars," a "New York Times" Notable Book, and "Sammy Wong: All-American." His non-fiction works include "The Scandals of '51: How the Gamblers Almost Killed College Basketball" and "More than a Game," with Phil Jackson. Rosen is an analyst for hoopshype.com and a devotee of the Triangle Offense. He lives in Accord, NY. "From the Hardcover edition."