No Less Than Victory

Description - No Less Than Victory by Jeff Shaara

After the success at Normandy, the Allied commanders are confident that the war in Europe will soon be over. But in December 1944, in the Ardennes Forest, the Germans launch a ruthless counteroffensive that begins the Battle of the Bulge. The Fuhrer will spare nothing to preserve his twisted vision of a "Thousand Year Reich," but stout American resistance defeats the German thrust. No Less Than Victory is a riveting account presented through the eyes of Eisenhower, Patton, and the soldiers who struggled face-to-face with their enemy, as well as from the vantage point of Germany's old soldier, Gerd von Rundstedt, and Hitler's golden boy, Albert Speer. Jeff Shaara carries the reader on a journey that defines the spirit of the soldier and the horror of a madman's dreams.

Other Editions - No Less Than Victory by Jeff Shaara 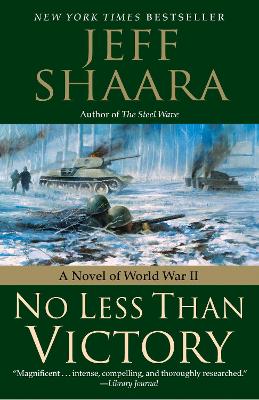 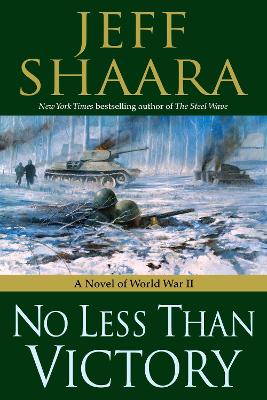 Book Reviews - No Less Than Victory by Jeff Shaara

» Have you read this book? We'd like to know what you think about it - write a review about No Less Than Victory book by Jeff Shaara and you'll earn 50c in Boomerang Bucks loyalty dollars (you must be a Boomerang Books Account Holder - it's free to sign up and there are great benefits!)

Jeff Shaara is the New York Times bestselling author of A Chain of Thunder, A Blaze of Glory, The Final Storm, No Less Than Victory, The Steel Wave, The Rising Tide, To the Last Man, The Glorious Cause, Rise to Rebellion, and Gone for Soldiers, as well as Gods and Generals and The Last Full Measure--two novels that complete the Civil War trilogy that began with his father's Pulitzer Prize-winning classic, The Killer Angels. Shaara was born into a family of Italian immigrants in New Brunswick, New Jersey. He grew up in Tallahassee, Florida, and graduated from Florida State University. He lives again in Tallahassee.