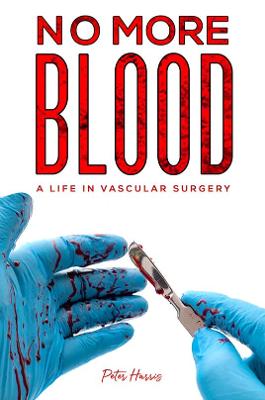 No More Blood: A Life in Vascular Surgery

Description - No More Blood: A Life in Vascular Surgery by Peter Harris

Blood is the life-force of every human being (and other animals). When it leaks out of our blood vessels, we die. When the aorta, the biggest blood vessel in the body, bursts, death usually comes quickly but for a lucky few it's not instantaneous. For them, survival is possible with emergency surgery. When a blockage in a blood vessel stops the blood from flowing, the deprived part of the body malfunctions and may decay if an operation to relieve the blockage is not performed. When Peter Harris first became a consultant vascular surgeon in the 1980s, the operations were big and bloody. When he finished in 2012, scalpels and saws had been largely superseded by bloodless needle-puncture procedures guided by X-ray images on a television screen. The evolution of the technology that made this possible is told primarily through the experiences of patients and includes vivid and, at times, harrowing descriptions of their operations and aftermath. Accounts of his own trials and tribulations and the good times are set against the troubled backdrop of the NHS starting in Broadgreen Hospital on the outskirts of Liverpool in 1979 and ending at University College Hospital in London in 2012.

Book Reviews - No More Blood: A Life in Vascular Surgery by Peter Harris

» Have you read this book? We'd like to know what you think about it - write a review about No More Blood: A Life in Vascular Surgery book by Peter Harris and you'll earn 50c in Boomerang Bucks loyalty dollars (you must be a Boomerang Books Account Holder - it's free to sign up and there are great benefits!)


A Preview for this title is currently not available.
More Books By Peter Harris
View All

Accounting and Finance for the International Hospitality Industry
$311.85 $315.00