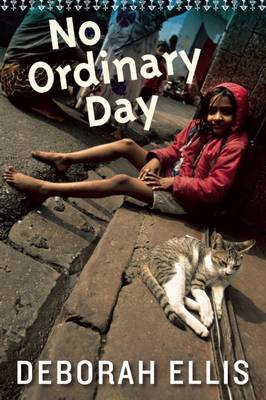 Even though Valli spends her days picking coal and fighting with her cousins, life in the coal town of Jharia, India, is the only life she knows. She's filled with terror when she glimpses the monsters living on the other side of the train tracks -- the lepers. When Valli discovers that her "aunt" is a stranger who was paid to take Valli off her family's hands, she leaves Jharia and begins a series of adventures that takes her to Kolkata, the city of the gods. Valli finds that she really doesn't need much to live and is very resourceful. But when a chance encounter with a doctor reveals that she has leprosy will Valli be able to face life as one of the monsters she has always feared, or flee to an uncertain life on the street?

Other Editions - No Ordinary Day by Deborah Ellis 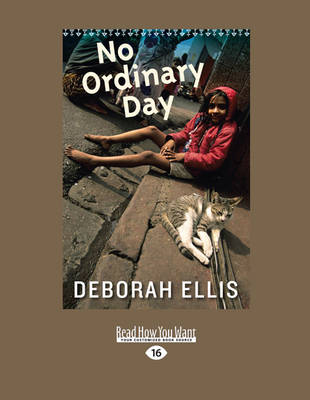 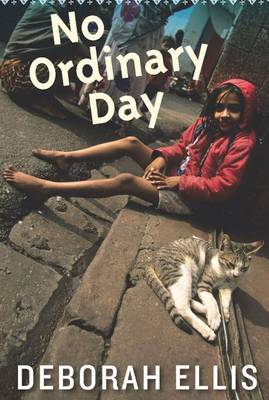 » Have you read this book? We'd like to know what you think about it - write a review about No Ordinary Day book by Deborah Ellis and you'll earn 50c in Boomerang Bucks loyalty dollars (you must be a Boomerang Books Account Holder - it's free to sign up and there are great benefits!)

Deborah Ellis says her books reflect "the heroism of people around the world who are struggling for decent lives, and how they try to remain kind in spite of it." She is best known for her Breadwinner Trilogy set in Afghanistan and Pakistan -- a series that has been published in 25 languages, with more than 1 million dollars in royalties donated to Canadian Women for Women in Afghanistan and Street Kids International. She has won the Governor General's Award, the Ruth Schwartz Award, the University of California's Middle East Book Award, Sweden's Peter Pan Prize, the Jane Addams Children's Book Award, and the Vicky Metcalf Award for a Body of Work. She recently received the Ontario Library Association's President's Award for Exceptional Achievement, and she has been named to the Order of Ontario. She lives in Simcoe, Ontario.