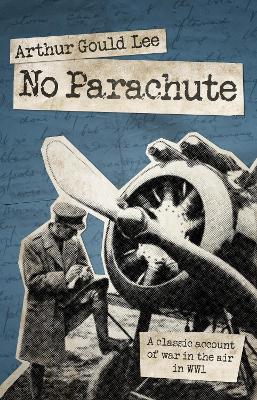 From the young airmen who took their frail machines high above the trenches of World War I and fought their foes in single combat there emerged a renowned company of brilliant aces among them Ball, Bishop, McCudden, Collishaw and Mannock whose legendary feats have echoed down half a century. But behind the elite there were, in the Royal Flying Corps, many hundreds of other airmen who flew their hazardous daily sorties in outdated planes without ever achieving fame. Here is the story of one of these unknown flyers a story based on letters written on the day, hot on the event, which tells of a young pilot's progress from fledgling to seasoned fighter. His descriptions of air fighting, sometimes against the Richtofen Circus, of breathless dogfights between Sopwith Pup and Albatros, are among the most vivid and immediate to come out of World War I. Gould Lee brilliantly conveys the immediacy of air war, the thrills and the terror, in this honest and timeless account. Rising to the rank of air vice-marshal, Gould Lee never forgot the RFC's needless sacrifices and in a trio of trenchant appendices he examines, with the mature judgment of a senior officer of the RAF and a graduate of the Staff and Imperial Defense Colleges, the failure of the Army High Command to provide both efficient airplanes until mid-1917 and parachutes throughout the war, and General Trenchard's persistence in a costly and largely ineffective conception of the air offensive. AUTHOR: Arthur Gould Lee was born in 1894 and served in the Sherwood Foresters, RFC and RAF from 1915 to 1946, when he retired as an air vice-marshal. He took up writing on retirement from the RAF and published twelve non-fiction books.

Other Editions - No Parachute by Arthur Gould Lee 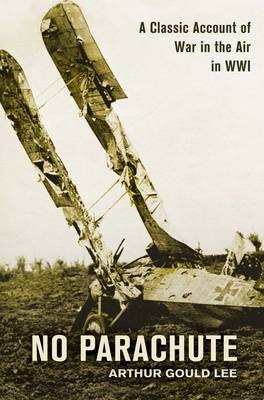 » Have you read this book? We'd like to know what you think about it - write a review about No Parachute book by Arthur Gould Lee and you'll earn 50c in Boomerang Bucks loyalty dollars (you must be a Boomerang Books Account Holder - it's free to sign up and there are great benefits!)


A Preview for this title is currently not available.
More Books By Arthur Gould Lee
View All