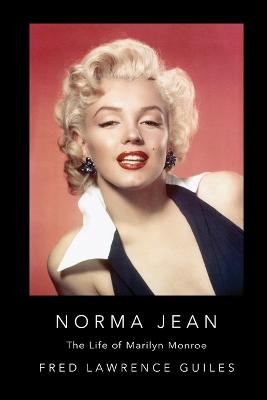 This is the first and foremost in-depth biography written about Marilyn Monroe after her death.

The book sets the record straight from primary sources as to just what happened to the most provocative female legend of the twentieth century. It has been translated into fourteen languages and is prominently considered as "the definitive biography" (Los Angeles Times) of Marilyn Monroe.

Marilyn Monroe remains the most provocative female legend of the twentieth century. What you may have known about her before was only the tip of the iceberg. For twenty years, the men and women who knew Marilyn best saw what they knew suppressed because certain important people were still living, and the tenor of the times prohibited frankness. Instead, rumours ballooned. This book finally sets the record straight. Fred Guiles-whom Norman Mailer acknowledges as the chief source of fact about Marilyn-has written the life behind the legend. He reveals what really happened in the careening career of the pretty waif named Norma Jean Mortensen, who married the boy next door, became a model, an actress, movie star, married an incompatible legend named Joe DiMaggio, sought to improve the mind that came with her near-perfect body, married playwright Arthur Miller, lent herself to the Svengalilike ministrations of Paula and Lee Strasberg, became the mistress of John and then Robert Kennedy when they ran the country, kept camera crews and studios waiting-but not death, which took her under the most unusual circumstances by the age of thirty-six.

A legend, by definition, is unaltered by fact, but the enthralled reader will find the revelations in this book no deterrent to the love of Marilyn Monroe by understanding at last what happened to the Queen of Need. Among the people interviewed for this book are Arthur Miller; James E. Dougherty, her first husband; Frank Taylor, the producer of The Misfits; Lee Strasberg; Otto Preminger; Billy Wilder; Joshua Logan and John Huston.

» Have you read this book? We'd like to know what you think about it - write a review about Norma Jean: The Life of Marilyn Monroe book by Fred Lawrence Guiles and you'll earn 50c in Boomerang Bucks loyalty dollars (you must be a Boomerang Books Account Holder - it's free to sign up and there are great benefits!)


A Preview for this title is currently not available.
More Books By Fred Lawrence Guiles
View All