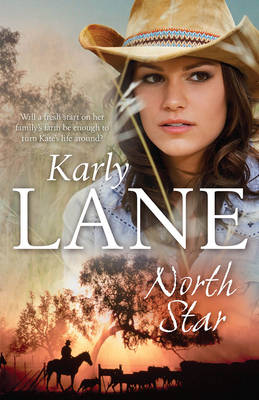 Since her divorce a year ago, Kate Thurston feels like she's lurched from one disaster to another. Her teenage daughter, Georgia, seems to have morphed into a monster overnight, and her son Liam breaks her heart with his sad brown eyes.

When Kate receives news that her grandfather has bequeathed her North Star, the vast property that has been in her family for generations, it feels like the perfect opportunity to flee the hectic pace of city life for a calmer rural existence.

As soon as she arrives at North Star, however, Kate realises she's going to need every ounce of determination to restore the rundown homestead to its former glory and fulfil her dream of turning it into a bush retreat. And as for the farm, well it's in utter disarray.

As she starts to make headway with the homestead's restoration, and falls for a local bloke, Kate finally feels like life is going right for her. Then her ex-husband comes to town and triggers a series of events that will change her life forever .

In the tradition of Fleur McDonald and Rachael Treasure, with dollops of mystery and lashings of suspense, North Star will have you reading through the night. 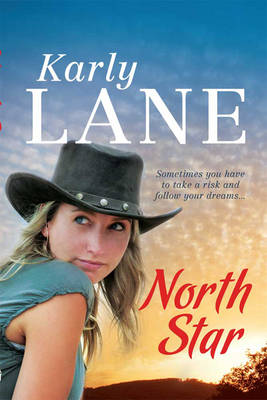 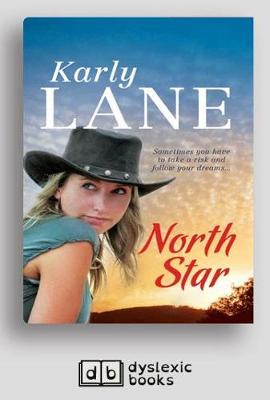 » Have you read this book? We'd like to know what you think about it - write a review about North Star book by Karly Lane and you'll earn 50c in Boomerang Bucks loyalty dollars (you must be a Boomerang Books Account Holder - it's free to sign up and there are great benefits!)

North Star is an entertaining contemporary novel from author Karly Lane that combines elements of suspense and romance in the Australian bush. Kate Thurston has left a disastrous marriage and returned to her home town to raise her children on the inherited property on which she grew up. North Star holds few good memories for Kate but with little choice other than to make a go of it, she sets out to restore the house and land and create a stable home for her rebellious teenage daughter and reserved young son. With hard work and determination Kate begins to rebuild her life, reconnecting with old friends and developing new attachments, until her ex husband shows up forcing Kate to confront her tragic past and endangering her dreams for the future.

Lane packs a lot into this relatively modest length novel. The plot includes romance, mystery and includes social issues such as drug and gambling addiction, domestic violence, rape, abandonment, suicide and murder. It's an ambitious combination, yet Lane pulls it off quite well. Kate is a complex character, she has worked hard to escape the family 'curse' however, living back at North Star brings her tortured memories to the surface. I think Lane captures Kate's internal conflicts well, particularly demonstrating how her past affects her present attitude and decisions. The reasons for Kate's marriage breakdown are understandable, as is her reluctance to become involved in a new relationship with Officer John Cafferty. As a mother to a headstrong teenage girl, I could relate well to Kate's concerns and struggles in regards to her parenting decisions. Everything for Kate though is complicated by the secrets she hides. I really liked the suspense element to North Star, the secrets surrounding not only Kate and the circumstances of her mother's death but also the mystery with regards to Henry's twin's fate, which adds another layer of depth to Kate's family history. The pacing is good though the mystery of Kate's mothers death and her grandfather's brother isn't revealed until around a third of the way in, I would have liked it to been foreshadowed a little earlier though both elements are linked to the abuse hinted at quite early on. The rural Australian setting of North Star is appealing and Lane captures the details that typify a small country town, such as the difficulty of being anonymous as well as the importance of grazing land, water and even Race Day.

I enjoyed North Star, it offered more than I expected and was an engaging read from start to finish. Another fine example of the growing genre of 'rural fiction', North Star should appeal to a wide cross section of readers. Lane's next book, Morgan's Law, is due for release in May 2012 and I am looking forward to it.

Karly Lane lives on the mid north coast of New South Wales. Proud mum to four beautiful children and wife of one very patient mechanic, she is lucky enough to get to spend her day doing the two things she loves most - being a mum and writing stories set in beautiful rural Australia.