Northern 'Q': The History of Royal Air Force, Leuchars takes its title from the long standing primary role as one of the oldest airfields in the UK. Leuchars began its links with military aviation as far back as 1911 with the arrival of the Royal Engineers who established a balloon squadron for reconnaissance training. Following the outbreak of war in 1939, the station was identified as an ideal location to launch maritime operations under Coastal Command. By the end of the war, Leuchars, like so many other airfields, was under the threat of redundancy as many airfields were rendered surplus to requirements. The developing international situation placed a shift in defence with the Cold War and Leuchars was once more deemed to be in an ideal and vital position. From 1950, this corner of north-east Fife has been on permanent guard with every type of operational interceptor in RAF service. Now politics from austerity to Scottish independence, rather than sound judgement, is setting the agenda as the RAF leave for Lossiemouth in Moray. 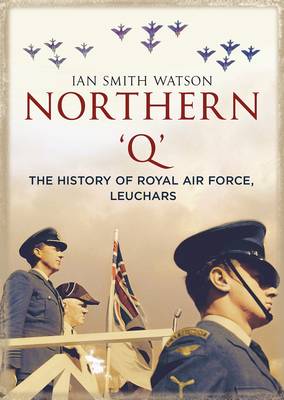 » Have you read this book? We'd like to know what you think about it - write a review about Northern 'Q' book by Ian Smith Watson and you'll earn 50c in Boomerang Bucks loyalty dollars (you must be a Boomerang Books Account Holder - it's free to sign up and there are great benefits!)

IAN SMITH WATSON was born in 1960 and served in the RAF from 1977 to 1990 as an Air Defence Radar Operator. He also worked in Saudi Arabia from 1991 to 1993 on contract to the RSAF under the GENA programme and received the FAA Flight Despatch Licence in 1993.

A Preview for this title is currently not available.
More Books By Ian Smith Watson
View All