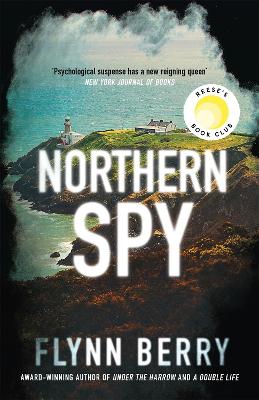 THE INSTANT NEW YORK TIMES BESTSELLER | A REESE'S BOOK CLUB PICK'You'll devour Northern Spy . . . I loved this thrill ride of a book'REESE WITHERSPOON'A chilling, gorgeously written tale... Berry is a beautiful writer with a sophisticated, nuanced understanding of this most complicated of places'NEW YORK TIMES'Thrillingly good... Flynn Berry shows a le Carre-like flair for making you wonder what's really going on at any given moment' WASHINGTON POST'An elegantly wrought story about the perils of not being what you seem... Nerve-shredding suspense'DAILY MAILA producer at the Belfast bureau of the BBC, Tessa is at work one day when the news of another IRA raid comes on the air. As the anchor requests the public's help in locating those responsible for this latest attack - a robbery at a gas station - Tessa's sister appears on the screen pulling a black mask over her face.The police believe Marian has joined the IRA, but Tessa knows this is impossible. But when the truth of what has happened to her sister reveals itself, Tessa will be forced to choose: between her ideals and her family. » Have you read this book? We'd like to know what you think about it - write a review about Northern Spy: A Reese Witherspoon's Book Club Pick book by Flynn Berry and you'll earn 50c in Boomerang Bucks loyalty dollars (you must be a Boomerang Books Account Holder - it's free to sign up and there are great benefits!)


A Preview for this title is currently not available.
More Books By Flynn Berry
View All