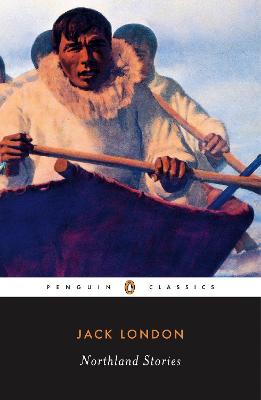 Like the characters in the popular dime novels of the time, London's heroes display such manly virtues as courage, loyalty, and steadfastness as they conftont the merciless frozen expanses of the north. Yet London breaks free of stereotypical figures and one-dimensional plots to explore deeper psychological and social questions of self-mastery, masculinity, and racial domination. The uneasy relationship between the Native Americans and whites lies at the heart of many of the stories, while others reflect London's growing awareness of the destruction wrought by the white incursion on Indian culture.Northland Stories comprises nineteen of Jack London's greatest short works, including "An Odyssy of the North" (London's major breakthrough as a young author), "The White Silence," "The Law of Life," "The League of the Old Men," and the world classic "To Build a Fire."

» Have you read this book? We'd like to know what you think about it - write a review about Northland Stories book by Jack London and you'll earn 50c in Boomerang Bucks loyalty dollars (you must be a Boomerang Books Account Holder - it's free to sign up and there are great benefits!)

Jack London (1876-1916) was born John Chaney in Pennsylvania, USA. In 1896 he was caught up in the gold rush to the Klondike river in north-west Canada, which became the inspiration for The Call of the Wild (1903) and White Fang (1906). Jack London became one of the most widely read writers in the world.

A Preview for this title is currently not available.
More Books By Jack London
View All