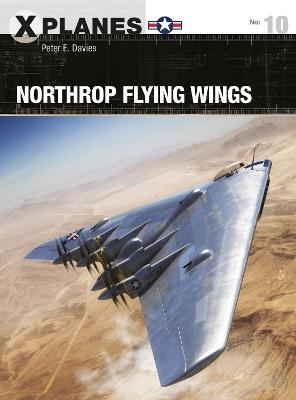 Half a century before the 'flying wing' B-2 stealth bomber entered service, John K. 'Jack' Northrop was already developing prototypes of a large 'flying wing' strategic bomber, which would have been the most radical bombers of their age.

World War II brought a need for very long-range bombers and Northrop received a contract for a 172-ft span bomber, the B-35. Several of these were built, gradually evolving into the definitive XB-35 configuration. Testing revealed that the aircraft was invisible to radar, but engineers struggled to overcome the design challenges and several pilots were lost in crashes. While the program was cancelled in the 1950s, the concept extended into other highly innovative areas, such as the XP-56 and MX-324 Rocket Wing prototype fighters. But the greatest legacy was the first operational flying wing - the Northrop Grumman B-2 stealth bomber, which used much of the hard-won experience from the pioneering programs of half a century before.

» Have you read this book? We'd like to know what you think about it - write a review about Northrop Flying Wings book by Peter E. Davies and you'll earn 50c in Boomerang Bucks loyalty dollars (you must be a Boomerang Books Account Holder - it's free to sign up and there are great benefits!)