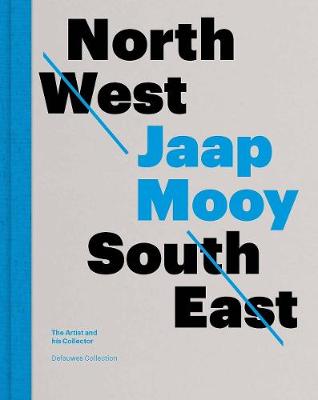 Jaap Mooy - The Artist and His Collector

The work of Jaap Mooy (1916 - 1987) covers more than 50 years, in a period in which he constantly explored new paths and reinvented himself in terms of styles and techniques. Although Mooy became closely involved with the Cobra movement, he had no desire to become a member of the group. He was one of the first Dutch artists to use scrap metal to create sculptures. Together with Karel Appel and Lucebert, he represented the Netherlands at the Venice Biennale in 1964.

As the basis for sources of inspiration in the 1970s and '80s , he alternated between the geometrical, the conceptual and the figurative. However, throughout his work, his attitude remained unchanged, coloured by a dark vision of the human condition: a cynical view of power and those in power, a critical attitude towards society, an unshakable faith in the task of art: to choose the side of victims while maintaining the poetic nature of the image.

The orthopaedic shoemaker Jacques Defauwes and his wife Miny, well-known art collectors living in the south of the Netherlands, first came into contact with Jaap Mooy in the early 1980s, and it was not long before a close relationship evolved. For the couple from Limburg, nothing was too much trouble or too costly in purchasing everything the artist and sculptor from Bergen created. Visits by the couple to Bergen were reciprocated with visits by Mooy to Ingber in Zuid-Limburg.

The physical distance was also bridged by an intensive correspondence by letter. These letters often revealed the extent of Jaap Mooy's inspiration and defiance concerning art and the state of the world, and his critical view of the submissive morality of the church. But he also encouraged Jacques and Miny to look - to really look - and to read. Mooy would recommend the works of Kafka, Camus, Celine, Beckett, Peter Sloterdijk, discuss exhibitions with them, and call attention to art books on the works of artists like Botticelli, Schiele, Klimt and Rodin, as well as more modern contemporary artists.

This is how the charismatic Mooy - his work driven by engagement - came to play an influential role in their art collection and all other cultural activities they committed themselves to. In a letter to his patrons, Jaap Mooy writes: ' You may use a shoe mould to make a shoe to continue your journey, but do not forget that the soul, the spirit, is also a mould.' This luxurious monograph is a homage to Jaap Mooy, the artist from Bergen, situated in the NorthWest of the Netherlands, by Jacques and Miny Defauwes, the well-known art collectors from Limburg, in the SouthEast of the country. It provides a profound inside view into the ongoing interaction between the artist and his collector. This makes the book of great interest to any artist and any collector. The texts are written by Catharien Romijn, art historian and curator of the DSM Art Collection, Cees de Boer, independent curator and publicist for the visual arts, and Hans den Hertog Jager, writer and art critic.

» Have you read this book? We'd like to know what you think about it - write a review about NorthWest - SouthEast book by Catharien Romijn and you'll earn 50c in Boomerang Bucks loyalty dollars (you must be a Boomerang Books Account Holder - it's free to sign up and there are great benefits!)