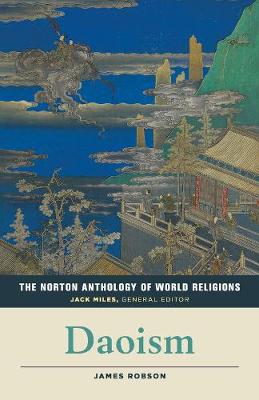 The Norton Anthology of World Religions

Description - The Norton Anthology of World Religions by James Robson

"A major landmark of religious publishing and one to be widely welcomed."
-William Dalrymple, New York Times
The Norton Anthology of World Religions offers a beautifully designed library of more than 1,000 primary texts, accompanied by headnotes, annotations, glossaries, maps, illustrations, chronologies, and a dazzling general introduction by Pulitzer Prize winner Jack Miles. This collection "will unsettle some current certainties about the nature of faith and, in so doing, may help its readers arrive at a nuanced and accurate perception of our predicament in this dangerously polarized world" (Karen Armstrong, New York Times).
Unprecedented in scope and approach, The Norton Anthology of World Religions: Daoism brings together over 150 texts from Daoism's origins in the Zhou Dynasty (1046-256 B.C.E.) to its vital, international present. The volume features Jack Miles' illuminating General Introduction-"Art, Play, and the Comparative Study of Religion"-as well as James Robson's "Daoism Lost and Found," a lively primer on the history and guiding values and practices of Daoism.

Other Editions - The Norton Anthology of World Religions by James Robson 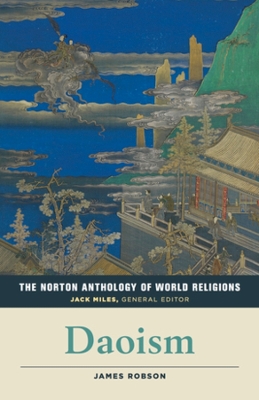 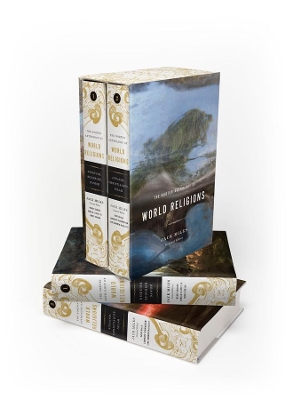 » Have you read this book? We'd like to know what you think about it - write a review about Norton Anthology of World Religions book by James Robson and you'll earn 50c in Boomerang Bucks loyalty dollars (you must be a Boomerang Books Account Holder - it's free to sign up and there are great benefits!)

James Robson (Ph.D. Stanford University) is Professor of East Asian Languages and Civilizations at Harvard University. He is the editor of Buddhist Monasticism in East Asia: Places of Practice, and the author of Power of Place: The Religious Landscape of the Southern Sacred Peak [Nanyue ??] in Medieval China as well as numerous journal articles, including "Signs of Power: Talismanic Writings in Chinese Buddhism," "Faith in Museums: On the Confluence of Museums and Religious Sites in Asia," and "A Tang Dynasty Chan Mummy [roushen] and a Modern Case of Furta Sacra? Investigating the Contested Bones of Shitou Xiqian." His current research includes a long-term project on local religious statuary from Hunan province and a project on the history of the confluence of Buddhist monasteries and mental hospitals. Jack Miles (Ph.D. Harvard) is Distinguished Professor of English and Religious Studies with the University of California at Irvine and Senior Fellow for Religious Affairs with the Pacific Council on International Policy. He spent 1960-70 as a Jesuit seminarian, studying at the Pontifical Gregorian University in Rome and the Hebrew University in Jerusalem before enrolling at Harvard University, where he completed a Ph.D. in Near Eastern languages in 1971. His book GOD: A Biography won a Pulitzer Prize in 1996, and Christ: A Crisis in the Life of God led to his being named a MacArthur Fellow for 2003-07.

A Preview for this title is currently not available.
More Books By James Robson
View All

The Illustrated Scottish Borders. Being a Reprint of Border Sketches from the Hawick Advertiser, Etc.
$37.14 $41.27