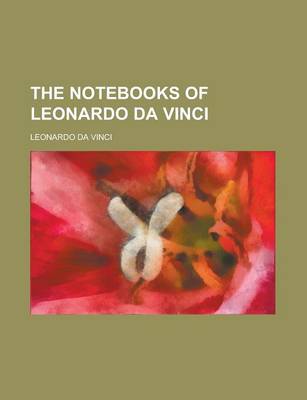 Excerpt: ... river Arve, a quarter of a mile from Geneva in Savoy, where the fair is held on midsummerday in the village of Saint Gervais. Footnote: An indistinct sketch is to be seen by the text. 1060. And this may be seen, as I saw it, by any one going up Monbroso Footnote: I have vainly enquired of every available authority for a solution of the mystery as to what mountain is intended by the name Monboso (Comp. Vol. I Nos. 300 and 301). It seems most obvious to refer it to Monte Rosa. ROSA derived from the Keltic ROS which survives in Breton and in Gaelic, meaning, in its first sense, a mountain spur, but which also-like HORN-means a very high peak; thus Monte Rosa would mean literally the High Peak., a peak of the Alps which divide France from Italy. The base of this mountain gives birth to the 4 rivers which flow in four different directions through the whole of Europe. And no mountain has its base at so great a height as this, which lifts itself above almost all the clouds; and snow seldom falls there, but only hail in the summer, when the clouds are highest. And this hail lies unmelted there, so that if it were not for the absorption of the rising and falling clouds, which does not happen more than twice in an age, an enormous mass of ice would be piled up there by the layers of hail, and in the middle of July I found it very considerable; and I saw the sky above me quite dark, and the sun as it fell on the mountain was far brighter here than in the plains below, because a smaller extent of atmosphere lay between the summit of the mountain and the sun. Footnote 6: in una eta. This is perhaps a slip of the pen on Leonardo's part and should be read estate (summer). Leic. 9b 1061. In the mountains of Verona the red marble is found all mixed with cockle shells turned into stone; some of them have been filled at the mouth with the cement which is the substance of the stone; and in some parts they have remained separate from the mass of the rock which...

» Have you read this book? We'd like to know what you think about it - write a review about Notebooks of Leonardo Da Vinci Volume 2 book by Da Vinci Leonardo Da Vinci and you'll earn 50c in Boomerang Bucks loyalty dollars (you must be a Boomerang Books Account Holder - it's free to sign up and there are great benefits!)


A Preview for this title is currently not available.
More Books By Da Vinci Leonardo Da Vinci
View All