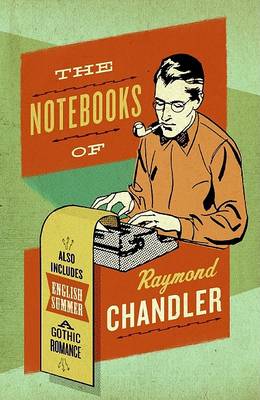 The Notebooks Of Raymond Chandler

During a period of twenty years-from his start as a young writer for H. L. Mencken's classic pulp magazine The Black Mask in the early 1930s, through the publication of his novels The Big Sleep and Farewell, My Lovely, to his career as a Hollywood screenwriter in the 1940s-Raymond Chandler kept a series of private notebooks.

Drawn from those journals, The Notebooks of Raymond Chandler offers an intimate view of the writer at work, revealing early ideas, descriptions, and anecdotes that would later be used in The Long Goodbye, The Blue Dahlia, and other classics.

Filled with both public and private writings, The Notebooks of Raymond Chandler includes "Marlowesque" particulars such as pickpocket lingo, San Quentin jailhouse slang, a "Note on the Tommygun," and musings on "Craps." Here, too, are surprising, lesser known essays on Hollywood, the mystery story, British and American writing, and a wicked parody of Hemingway. This sampler-by turns whimsical, provocative, irreverent, and fascinating-also contains a list of possible story titles; "Chandlerisms;" and his short work "English Summer: A Gothic Romance," which the writer viewed as a turning point in his career.

» Have you read this book? We'd like to know what you think about it - write a review about Notebooks Of Raymond Chandler book by Raymond Chandler and you'll earn 50c in Boomerang Bucks loyalty dollars (you must be a Boomerang Books Account Holder - it's free to sign up and there are great benefits!)


A Preview for this title is currently not available.
More Books By Raymond Chandler
View All