Pushkin's masterpieces in prose, translated by the award-winning Pevear and Volokhonsky.

'At that moment it seemed to him that the queen of spades winked and grinned. The extraordinary likeness struck him . . . "The old woman!" he cried in horror'

Universally acknowledged as his nation's greatest poet, Pushkin was also a master of prose, whose works expanded the boundaries of Russian storytelling. This collection of his prose writing ranges from satires to comedies, travel narratives to imaginative historical fiction, and includes his greatest stories- the haunting dreamworld of 'The Queen of Spades', the five short 'Tales of the Late Ivan Petrovich Belkin' and the novella The Captain's Daughter, which has been called the most perfect book in Russian literature. 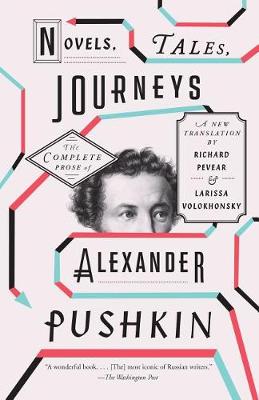 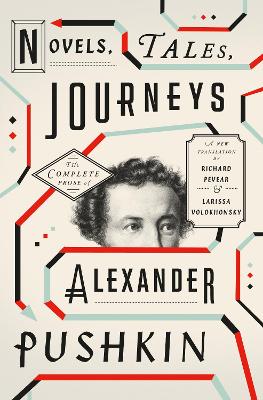 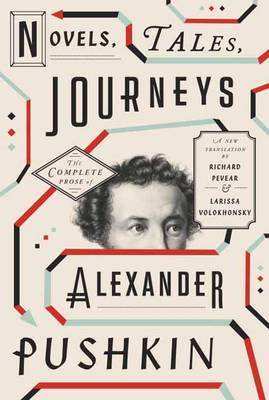 » Have you read this book? We'd like to know what you think about it - write a review about Novels, Tales, Journeys book by Alexander Pushkin and you'll earn 50c in Boomerang Bucks loyalty dollars (you must be a Boomerang Books Account Holder - it's free to sign up and there are great benefits!)

Alexander Pushkin (Author) Pushkin, Russia's greatest poet, was born in Moscow in 1799. He was exiled for his liberal views on serfdom and autocracy, but this allowed him the freedom to write some of his greatest works, including the novel in verse Eugene Onegin. He died in 1837 after being fatally wounded in a duel.Richard Pevear and Larissa Volokhonsky (Translator) Pevear and Volokhonsky have translated works by Tolstoy, Dostoevsky, Chekhov, Gogol, Bulgakov and Pasternak. They were twice awarded the PEN/Book-of-the-Month Club Translation Prize (for Dostoevsky's The Brothers Karamazov and Tolstoy's Anna Karenina). They are married and live in France.