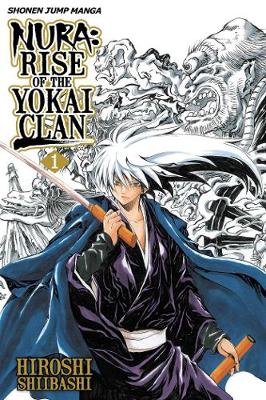 A supernatural saga of a 13-year-old by day, and a leader of a demon clan by night-straight from the pages of Weekly Shonen Jump!

While the day belongs to humans, the night belongs to yokai, supernatural creatures that thrive on human fear. Caught between these worlds is Rikuo Nura. He's three-quarters human, but his grandfather is none other than Nurarihyon, the supreme commander of the Nura clan, a powerful yokai consortium. So, Rikuo is an ordinary teenager three quarters of the time, until his yokai blood awakens. Then Rikuo transforms into the future leader of the Nura clan, leading a hundred demons.

Rikuo grew up in a house full of yokai, so he always thought they were cool. But the kids in his class talk about yokai like they're bad! When his grandfather announces Rikuo as his chosen heir to run the Nura clan, Rikuo is torn between his human nature and his duties as a yokai. The rest of the clan's not so crazy about a wimpy part-human as their ruler, particularly Gagoze, a high-ranking yokai who would rather eat a human than be ruled by one.

» Have you read this book? We'd like to know what you think about it - write a review about Nura: Rise of the Yokai Clan, Vol. 1 book by Hiroshi Shiibashi and you'll earn 50c in Boomerang Bucks loyalty dollars (you must be a Boomerang Books Account Holder - it's free to sign up and there are great benefits!)

Hiroshi Shiibashi debuted in BUSINESS JUMP magazine with Aratama. NURA: RISE OF THE YOKAI CLAN is his breakout hit. He was an assistant to manga artist Hirohiko Araki, the creator of Jojo's Bizarre Adventure. Steel Ball Run by Araki is one of his favorite manga. "

The Curious Incident of the Dog in the Night-Time (SparkNotes Literature Guide)
SparkNotes
$8.89 $9.99