Fairey helped catalyse a movement from his unique vantage at the intersection of art, popular culture and design and this time documents it all. Through the lens of esteemed writers and critics such as Carlo McCormick, Steven Heller, Henry Rollins, Rob Walker, Roger Gastman and more, readers can learn about Shepard Fairey, the roots of the omnipresent OBEY street art campaign, his design practice and prolific gallery exhibitions. This massive book pulls no punches and all areas of the enigmatic artist's work, travels and travails are illuminated. From exhibitions, posters, flyers, silkscreens and stickers to high altitude pursuits, citations and police beatings, it's all documented in a museum quality layout and binding. The evidence is in, and it's clear that Shepard Fairey is not one to rest on his laurels, the work must go on. For both longtime fans wanting the complete collection and those just curious to know what this OBEY business is all about, Supply and Demand is the answer.

Other Editions - OBEY by Shepard Fairey 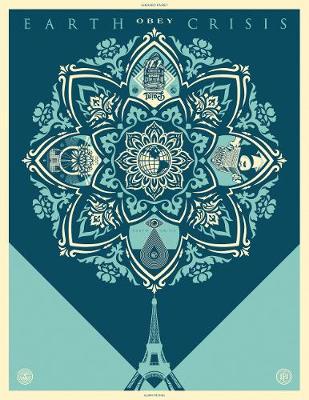 » Have you read this book? We'd like to know what you think about it - write a review about OBEY book by Shepard Fairey and you'll earn 50c in Boomerang Bucks loyalty dollars (you must be a Boomerang Books Account Holder - it's free to sign up and there are great benefits!)

Shepard Fairey is an American contemporary street artist, graphic designer activist and illustrator who emerged from the skateboarding scene. He earned a bachelor of fine arts in illustration from Rhode Island School of Design in 1992. He is best known for his Barack Obama Hope poster, which he created in support of the 2008 presidential campaign. His work has been included in the collections of several museums, including the Smithsonian in Washington D.C.; the Los Angeles County Museum of Art; the Museum of Modern Art, New York; and the Victoria and Albert Museum, London.

A Preview for this title is currently not available.
More Books By Shepard Fairey
View All