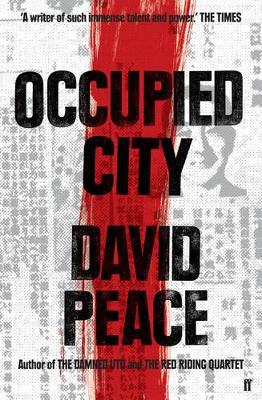 Tokyo, January 26th, 1948. As the third year of the US Occupation of Japan begins, a man enters a downtown bank. He speaks of an outbreak of dysentery and says he is a doctor, sent by the Occupation authorities, to treat anyone who might have been exposed. Clear liquid is poured into sixteen teacups. Sixteen employees of the bank drink this liquid according to strict instructions. Within minutes twelve of them are dead, the other four unconscious. The man disappears along with some, but not all, of the bank's money. And so begins the biggest manhunt in Japanese history. In Occupied City, David Peace dramatises and explores the rumours of complicity, conspiracy and cover-up that surround the chilling case of the Teikoku Bank Massacre: of the man who was convicted of the crime, of the legacy of biological warfare programmes, and of the victims and survivors themselves. The second part of his acclaimed Tokyo Trilogy - and an extraordinary picture of a city in mourning - Occupied City is further evidence of a singular and formidable novelist. 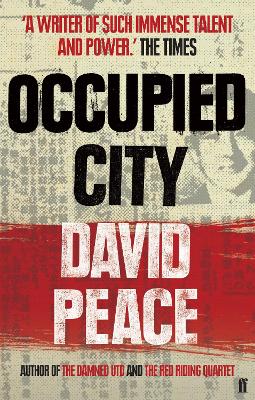 » Have you read this book? We'd like to know what you think about it - write a review about Occupied City book by David Peace and you'll earn 50c in Boomerang Bucks loyalty dollars (you must be a Boomerang Books Account Holder - it's free to sign up and there are great benefits!)

David Peace was named in 2003 as one of Granta's Best of Young British Novelists - was born and brought up in Yorkshire. He is the author of the Red Riding Quartet (Nineteen Seventy Four, Nineteen Seventy Seven, Nineteen Eighty and Nineteen Eighty Three) which has been adapted into a television series, GB84 which was awarded the James Tait Black Memorial Award, and The Damned Utd, the film version of which (adapted by Peter Morgan and starring Michael Sheen) will also be released in Spring 2009. Tokyo Year Zero, the first part of his Tokyo Trilogy, was released in 2007.