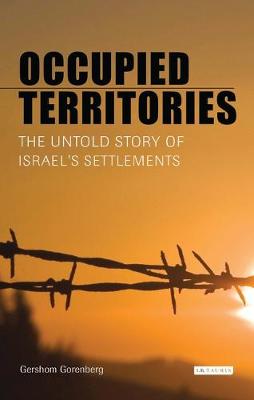 The Untold Story of Israel's Settlements

In the fog of the 1967 war and its aftermath, Israel's generals and politicians took a series of fateful decisions that led to a bloody, bitter and seemingly endless occupation of Arab lands. Gershom Gorenberg takes us behind the scenes of history to glimpse those decisions being made. He reveals for the first time the motivation, influences and strategies of key players such as Yigal Allon, Moshe Dayan and Golda Meir. He shows how Labour politicians allowed themselves to be persuaded by a mixture of political convenience, military alarmism and religious fanaticism in to allowing settlements to develop in the occupied territories, despite being fully aware that this contravened international law. Prime Minister Ariel Sharon's eviction of Jewish settlers from Gaza in 2004 has shown that it is possible for the Israeli government to confront the settler movement. and further evacuations have been mooted. But the issue is a divisive one: all the passions, ambitions and political alliances which gave rise to Israel's pursuit of 'The Whole Land', from the Mediterranean to the Jordan Valley, remain potent forces.
Gorenberg's book is essential reading for anyone seeking to understand not only the occupation, but the mindset of the occupiers.

» Have you read this book? We'd like to know what you think about it - write a review about Occupied Territories book by Gershom Gorenberg and you'll earn 50c in Boomerang Bucks loyalty dollars (you must be a Boomerang Books Account Holder - it's free to sign up and there are great benefits!)

Gershom Gorenberg is a writer and journalist living in Jerusalem. He has written for The New York Times Magazine, The Washington Post and the Israeli daily, Ha'aretz.

A Preview for this title is currently not available.
More Books By Gershom Gorenberg
View All

War of Shadows: Codebreakers, Spies, and the Secret Struggle to Drive the Nazis from the Middle East
$44.99 $49.99