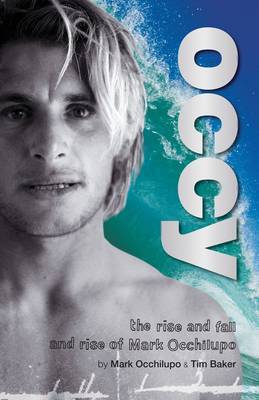 Occy was always a missile going hyperspeed, about to blow up at any moment. - it's true of so many highly intelligent or gifted people . . . All of his passion was put into his surfing.' Kelly Slater, eight-time world championChild star at sixteen, ranked third in the world at seventeen, winner of the Pipeline Masters at nineteen - Mark Occhilupo looked set to sweep all before him with a radical, spontaneous, irresistible brand of surfing. Yet a spiralling descent into drug abuse and depression snuffed his flame out prematurely when he quit the pro tour at just twenty-two. Faltered comebacks, spectacular bursts of free-surfing and manic breakdowns followed, as the surfing world watched a freakish talent self-combust. After years spent immobile and overweight on the couch, in his so-called 'Elvis period', Occy eventually emerged from his cocoon, reborn and ready to tackle a whole new generation of surf stars. His celebrated comeback to win the world title in 1999, sixteen years after his career began, is a sporting fairytale without equal. In his own words, Occy tells the complete, remarkable story of his spectacular rise, terrifying fall and miraculous rebirth.'By going down so hard, by fully falling apart, he was able to give himself longevity. It's like the Buddhist teachings about birth and death - something has to die for new birth to happen, and that happens inside us too. Occy was the ultimate example of that.' Tom Carroll.

» Have you read this book? We'd like to know what you think about it - write a review about Occy book by Tim Baker and you'll earn 50c in Boomerang Bucks loyalty dollars (you must be a Boomerang Books Account Holder - it's free to sign up and there are great benefits!)

Tim Baker is a freelance writer based in Currumbin, Queensland, Australia. He is a former editor of Tracks and Surfing Life magazines, and co-author of "Bustin' Down The Door," the biography of surfing champion Wayne "Rabbit" Bartholomew (Harper Collins, 1996, now in its sixth print run). He has also edited and contributed to an anthology of Australian surf writing, "Waves - Great Stories From The Surf," (Harper Collins, 2005). His latest book, "High Surf," profiles the world's most inspiring surfers (Harper Collins, 2007). His work has appeared in Rolling Stone, GQ, Inside Sport, the Sydney Morning Herald, the Australian Financial Review, the Bulletin magazine, The Australian Way, Playboy, as well as surfing magazines around the world. He has received the Australian Surfing Hall of Fame Media Award and been shortlisted for the CUB Australian Sports Writing Awards.