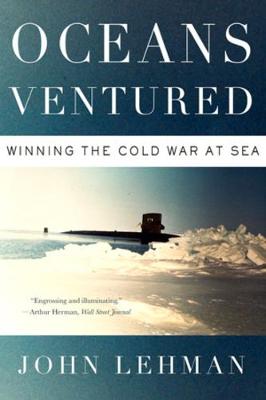 When Ronald Reagan took office in 1981, the United States and NATO were losing the Cold War. The USSR had superiority in conventional weapons and manpower in Europe, and had embarked on a construction programme to gain naval pre-eminence. But Reagan had a plan.
Reagan pushed Congress to build the navy back to its 1945 strength. He gathered a circle of experienced naval planners, including the author, to devise an aggressive strategy. New radars, sensors and emissions technology would make ghosts of US submarines and surface fleets. They would operate aircraft carriers in Arctic waters which no navy had attempted. The Soviets, surrounded by their forward naval strategy, bankrupted their economy trying to keep pace. It wasn't long before the Berlin Wall fell and the USSR was disbanded.

Other Editions - Oceans Ventured: Winning the Cold War at Sea by John Lehman » Have you read this book? We'd like to know what you think about it - write a review about Oceans Ventured: Winning the Cold War at Sea book by John Lehman and you'll earn 50c in Boomerang Bucks loyalty dollars (you must be a Boomerang Books Account Holder - it's free to sign up and there are great benefits!)


A Preview for this title is currently not available.
More Books By John Lehman
View All