Odd and the Frost Giants

Description - Odd and the Frost Giants by Neil Gaiman

A thrilling, wintry Nordic epic from the magical combination of author Neil Gaiman and illustrator Chris Riddell, weaving a tale of legend, magic and adventure which will grip and enchant readers from beginning to end.

When a fatherless young Viking boy meets a fox, an eagle and a bear in the woods, his destiny begins to change. These are no ordinary creatures but the mighty Gods Loki, Odin and Thor - who have been trapped in animal form by evil Frost Giants and driven out of Asgard, the City of the Gods. Now our hero must reclaim Thor's hammer, outwit the Frost Giants and release the Gods ...

From two multi-award-winning creators at the height of their powers comes this rich and layered tale of courage, humour and breathtaking adventure. Lavishly produced and packed with Chris Riddell's spellbinding illustrations, this is a spectacular and magical gift.

Other Editions - Odd and the Frost Giants by Neil Gaiman 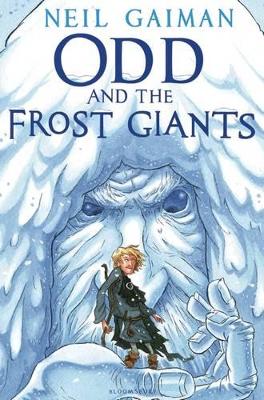 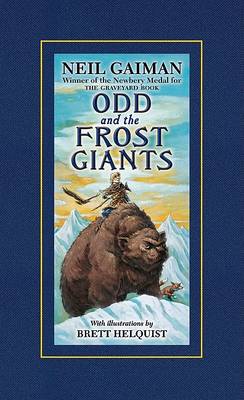 Book Reviews - Odd and the Frost Giants by Neil Gaiman

» Have you read this book? We'd like to know what you think about it - write a review about Odd and the Frost Giants book by Neil Gaiman and you'll earn 50c in Boomerang Bucks loyalty dollars (you must be a Boomerang Books Account Holder - it's free to sign up and there are great benefits!)

Neil Gaiman has written highly acclaimed books for both children and adults and is the first author to have won both the Carnegie and Newbery Medals for the same work - The Graveyard Book. The L.A. Times has described his multimillion-selling graphic novel series Sandman as `the greatest epic in the history of comic books'. Many of his books, including Coraline and Stardust, have been made into films; Neverwhere has been adapted for TV and radio and American Gods is in development as a major HBO series. He has also written two amazing episodes of Doctor Who and appeared in The Simpsons as himself. In 2013 he published his first adult novel for seven years, The Ocean at the End of the Lane, which received stellar reviews and was a bestseller around the world. www.gaimanbooks.co.uk @neilhimself http://www.gaimanbooks.co.uk/ Chris Riddell is a much loved illustrator and acclaimed political cartoonist. He won the 2013 Costa Children's Book Prize for Goth Girl and has won the Nestle Gold Award and two Kate Greenaway Medals. He is co-creator of the hugely successful New York Times bestseller The Edge Chronicles.