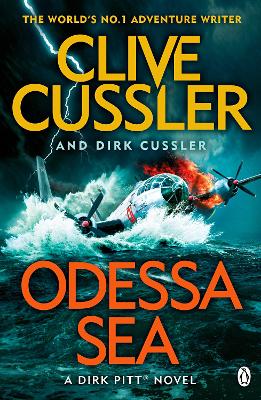 The new Dirk Pitt adventure from the No. 1 Sunday Times bestselling authorAs Director of the National Underwater and Marine Agency, Dirk Pitt has always had a knack for finding trouble. This time, though, trouble has found him . . .On a NUMA mission to the Black Sea to locate the wreck of a lost Ottoman Empire ship, Pitt and his friend Al Giordino respond to an urgent Mayday from a nearby freighter. But by the time they reach the area there's no one left alive - just dead bodies and the smell of sulphur in the air. When a massive blast from the stern suddenly scuttles the ship, Pitt and Giordino are lucky not to add to the death toll.As they investigate the fate of the lost ship, they're plunged deep into an extraordinary series of discoveries.And when connections emerge between a desperate attempt in 1917 to preserve the wealth and power of the Romanov empire, a Cold War bomber lost with a deadly cargo, modern-day nuclear smugglers and a brilliant engineer developing cutting-edge drone technology, Pitt is face with the most dangerous challenge of his career. One that will threaten the lives of his family and friends. 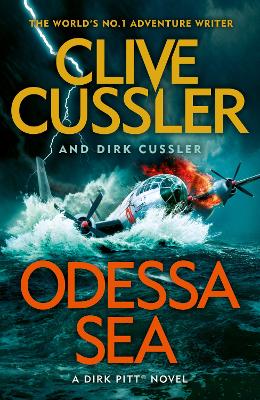 » Have you read this book? We'd like to know what you think about it - write a review about Odessa Sea book by Clive Cussler and you'll earn 50c in Boomerang Bucks loyalty dollars (you must be a Boomerang Books Account Holder - it's free to sign up and there are great benefits!)

Clive Cussler (Author) Clive Cussler is the author and co-author of a great number of international bestsellers, including the famous Dirk Pitt (R) adventures, such as Odessa Sea; the NUMA (R) Files adventures, most recently Nighthawk; the Oregon Files, such as Typhoon Fury; the Isaac Bell historical thrillers, which began with The Chase; and the recent Fargo Adventures which lastly included The Romanov Ransom. He lives in Arizona.Dirk Cussler (Author) Dirk Cussler, the son of Clive Cussler, has an MBA from Berkeley. He is the co-author of Crescent Dawn, Black Wind, Treasure of Khan, Arctic Drift, Poseidon's Arrow and Havana Storm.