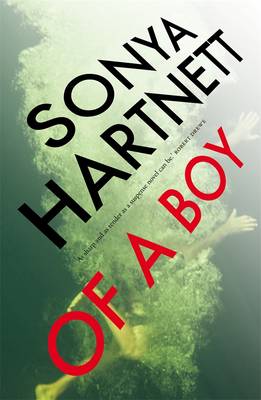 Of A Boy: Popular Penguins

Description - Of A Boy: Popular Penguins by Sonya Hartnett

The year is 1977, and Adrian is nine. He lives with his gran and his uncle Rory; his best friend is Clinton Tull. He loves to draw and he wants a dog; he's afraid of quicksand and self-combustion.
Winner of the Commonwealth Writers' Prize

The year is 1977, and Adrian is nine. He lives with his gran and his uncle Rory; his best friend is Clinton Tull. He loves to draw and he wants a dog; he's afraid of quicksand and self-combustion. Adrian watches his suburban world, but there is much he cannot understand. He does not for instance, know why three neighbourhood children might set out to buy ice-cream and never come back home . . .

'Far away the best new Australian piece of fiction I have read, rivalling the achievements of Thursday's child.' Peter Craven, The Age

'The writing is spare, the images crystalline . . .remarkable.' The Guardian (UK)

'Hartnett's work is a gem, the climax as taut as a triller and . . . heart wrenching.' Weekend Australian

'Effortlessly moving form matter-of-fact to mystical, at times exquisitely painful to read, Of a Boy is an almost suffocatingly powerful evocation of the emotional life of the very young . . . for anyone who recalls being a child. And everyone who doesn't.' Sydney Morning Herald

Other Editions - Of A Boy: Popular Penguins by Sonya Hartnett 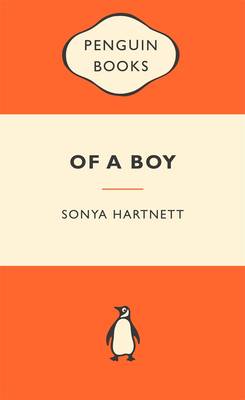 Book Reviews - Of A Boy: Popular Penguins by Sonya Hartnett

» Have you read this book? We'd like to know what you think about it - write a review about Of A Boy: Popular Penguins book by Sonya Hartnett and you'll earn 50c in Boomerang Bucks loyalty dollars (you must be a Boomerang Books Account Holder - it's free to sign up and there are great benefits!)

A Preview for this title is currently not available.
More Books By Sonya Hartnett
View All