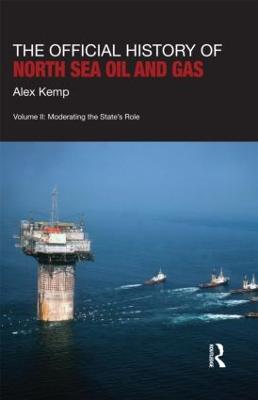 The Official History of North Sea Oil and Gas

Written by the leading expert in the history of UK energy, this study provides new, in-depth analysis of the development of UK petroleum policies towards the North Sea oil and gas industry from the early 1960s to the early 1980s. Following on from volume I (The Growing Dominance of the State) to discuss the more recent history of the North Sea oil and gas industry, here Alex Kemp offers new insights into developments in the industry. The controversial decisions to raise gas prices to consumers and to introduce the Gas Levy are discussed, while the thinking behind the gradual reduction in taxation - including the abolition of SPD (Supplementary Petroleum Duty) and the removal of royalties on new developments - is fully explained. The various options considered to reduce the powers of BNOC (British National Oil Corporation), then privatise its upstream assets, and finally to abolish the state company altogether are fully discussed, as is the thinking leading up to the privatisation of the British Gas Corporation in 1986.
This volume also sheds light on the development of policies onshore, particularly the role of the OSO (Offshore Supplies Office), and the response of British industry to the North Sea opportunity. Finally, the evolution of policies relating to health, safety, decommissioning, and the environment over the whole period of the study are examined. The Official History of North Sea Oil and Gas will be of interest to students of North Sea oil and gas, energy economics, business history, and British politics, as well as to petroleum professionals and policymakers. 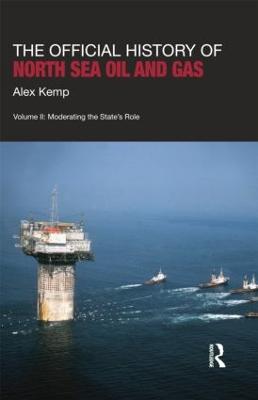 » Have you read this book? We'd like to know what you think about it - write a review about Official History of North Sea Oil and Gas book by Alex Kemp and you'll earn 50c in Boomerang Bucks loyalty dollars (you must be a Boomerang Books Account Holder - it's free to sign up and there are great benefits!)

Alex Kemp is Professor of Petroleum Economics and Director, Aberdeen Centre for Research in Energy Economics and Finance (ACREEF) at the University of Aberdeen. He has published widely on the licensing and taxation aspects of the relationship between the oil companies and Governments, with particular reference to the North Sea. From 1993 to 2003 Professor Kemp was a member of the Energy Advisory Panel to the DTI. He has also advised many other Governments, companies, and the World Bank on petroleum licensing and taxation. In 2006 he was awarded the OBE for services to the oil and gas sector.

A Preview for this title is currently not available.
More Books By Alex Kemp
View All