The archetypal Victorian melodrama, as heartfelt and moving today as when it was first published, Charles Dickens's The Old Curiosity Shop is edited with notes and an introduction by Norman Page in Penguin Classics.
Little Nell Trent lives in the quiet gloom of the old curiosity shop with her ailing grandfather, for whom she cares with selfless devotion. But when they are unable to pay their debts to the stunted, lecherous and demonic money-lender Daniel Quilp, the shop is seized and they are forced to flee, thrown into a shadowy world in which there seems to be no safe haven. Dickens's portrayal of the innocent, tragic Nell made The Old Curiosity Shop an instant bestseller that captured the hearts of the nation, even as it was criticised for its sentimentality by figures such as Oscar Wilde. Yet alongside the story's pathos are some of Dickens's greatest comic and grotesque creations- the ne'er-do-well Dick Swiveller, the mannish lawyer Sally Brass, the half-starved 'Marchioness' and the lustful, loathsome Quilp himself.

This edition, based on the original text of 1841, contains an introduction by Norman Page discussing the various contrasting themes of the novel and its roots in Dickens's own personal tragedy, with prefaces to the 1841 and 1848 editions, a chronology, notes and original illustrations produced for the serial version.
Charles Dickens is one of the best-loved novelists in the English language, whose 200th anniversary was celebrated in 2012. His most famous books, including Oliver Twist, Great Expectations, A Tale of Two Cities, David Copperfield and The Pickwick Papers, have been adapted for stage and screen and read by millions.

If you enjoyed The Old Curiosity Shop, you might like Dickens's Hard Times, also available in Penguin Classics.

Other Editions - The Old Curiosity Shop by Charles Dickens 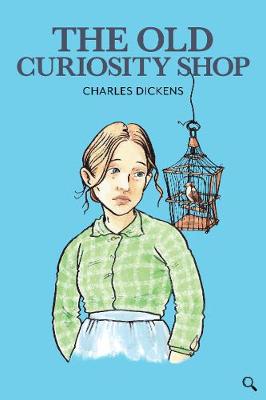 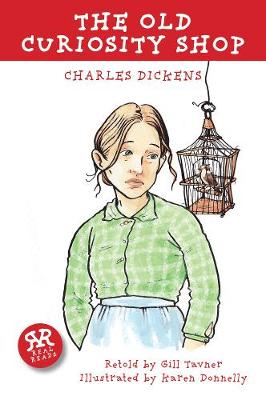 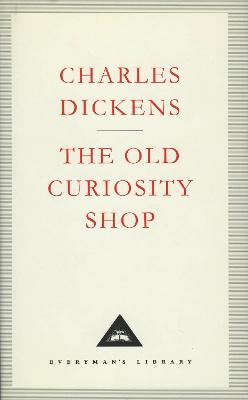 » Have you read this book? We'd like to know what you think about it - write a review about Old Curiosity Shop book by Charles Dickens and you'll earn 50c in Boomerang Bucks loyalty dollars (you must be a Boomerang Books Account Holder - it's free to sign up and there are great benefits!)

Charles Dickens (1812-70) was a political reporter and journalist whose popularity was established by the phenomenally successful PICKWICK PAPERS (1836-7). His novels captured and held the public imagination over a period of more than thirty years. He is considered one of the greatest novelists in the English language. Norman Page is Emeritus Professor at the University of Nottingham and the University of Alberta, Canada. His books include A Dickens Companion and A Dickens Chronology.