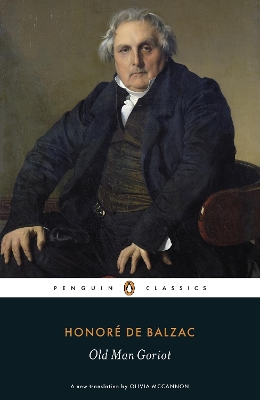 'So many mysteries in one boarding house!' Not everyone who lodges with Madame Vauquer is quite what they seem. The penniless student Rastignac is poised to buy the finest waistcoat in Paris; old man Goriot, lodged in the cheapest room, is visited by two wealthy women; while the jovial merchant, Vautrin, makes clandestine midnight excursions. As the fates of the three intertwine, Rastignac faces terrible choices that will define the man he is to become. The keystone of Balzac's Human Comedy and his acknowledged masterpiece, Old Man Goriot is the tale of an old man's obsession and a young man's ambition. Set in the wake of the Revolution, when old aristocracy and new wealth vied for supremacy, it portrays a world where love and money are tragically conjoined. This new translation by Olivia McCannon captures all the wit and adventure of the original, and includes detailed notes, a map, reading list and chronology. Graham Robb's introduction vividly sets the work in its literary and social context, considering its genesis, innovations and its influence on the novelists who followed in Balzac's footsteps. Translated by OLIVIA McCANNON with an introduction by GRAHAM ROBB

» Have you read this book? We'd like to know what you think about it - write a review about Old Man Goriot book by Honore de Balzac and you'll earn 50c in Boomerang Bucks loyalty dollars (you must be a Boomerang Books Account Holder - it's free to sign up and there are great benefits!)