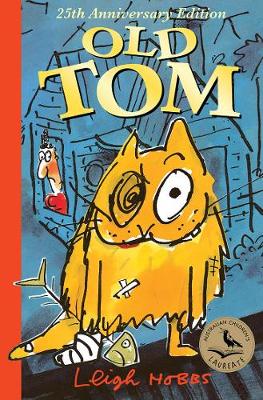 Old Tom has found his way into the hearts of thousands of children all around the world. This anniversary edition celebrates this lovable rogue and his relationship with the one and only Angela Throgmorton.

First published in 1994, Old Tom remains one of Children's Laureate 2016/17 Leigh Hobbs' best known characters, starring in many books and in his own television series.

» Have you read this book? We'd like to know what you think about it - write a review about Old Tom 25th Anniversary Edition book by Leigh Hobbs and you'll earn 50c in Boomerang Bucks loyalty dollars (you must be a Boomerang Books Account Holder - it's free to sign up and there are great benefits!)


A Preview for this title is currently not available.
More Books By Leigh Hobbs
View All