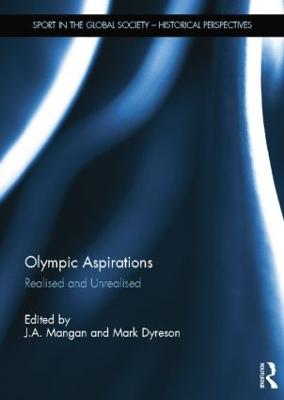 Olympic Aspirations: Realised and Unrealised surveys more than a century of the Olympic Movement's promotion of Olympic ideals internationally. The idea for Olympic Aspirations emerged at the world-renowned annual Beijing Academic Forum just months after the city hosted the impressive 2008 Beijing Olympic Games. One section of the Forum was devoted to the impact of the Olympic Movement on China and on China's image in the world. The tone at times was too self-congratulatory for some present. The critical discussion that continued into late 2010 inspired this book.

Olympic Aspirations is a companion volume to the well-received Olympic Legacies: Intended and Unintended and draws on expertise from academics in all parts of the world. Both volumes have a similar purpose: to record Olympic ideals achieved but more importantly, to stimulate reflection on those as yet unachieved. Both are constructive in approach, positive in tone and optimistic in attitude. Olympic Aspirations offers original and insightful arguments that address the actions the Olympic Movement has taken to improve the Games. It argues that these actions are as yet incomplete. In concert with Olympic Legacies, it presents two sides of the same coin minted to advance the purity of the Olympic 'coinage'.

This book was originally published as a special issue of the International Journal of the History of Sport.

Other Editions - Olympic Aspirations by J. A. Mangan 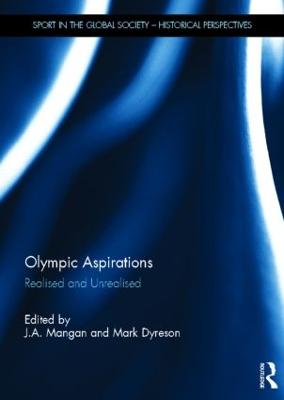 » Have you read this book? We'd like to know what you think about it - write a review about Olympic Aspirations book by J. A. Mangan and you'll earn 50c in Boomerang Bucks loyalty dollars (you must be a Boomerang Books Account Holder - it's free to sign up and there are great benefits!)

J.A. Mangan is Emeritus Professor, University of Strathclyde, UK, FRHS, FRAI, D. Litt.(Durham) and Founding Editor of the International Journal of the History of Sport and the book series Sport in the Global Society. He is editor of Beijing 2008: Preparing for Glory, Chinese Challenge in the 'Chinese' Century (with Dong Jinxia) and Post-Beijing 2008: Geopolitics, Sport and the Pacific Rim (with Fan Hong) and other publications on the Olympics published by Routledge. Mark Dyreson is Professor of Kinesiology and History at the Pennsylvania State University, USA, a former president of the North American Society for Sport History, and the author of several books on the history of sport including Crafting Patriotism for Global Domination: America at the Olympics.

A Preview for this title is currently not available.
More Books By J. A. Mangan
View All