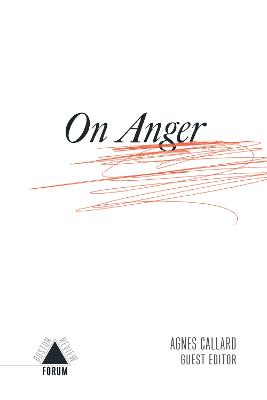 Description - On Anger by Agnes Callard

Is anger eternal? Righteous? Reflections on the causes and consequences of an phenomenon critical to our intimate and public lives.

From Aristotle to Martha Nussbaum, philosophers have explored the moral status of anger. We get angry for a reason: we feel wronged. That reason can be eternal, some argue, because not even an apology or promise that it won't happen again can change the fact of the original harm. Although there are pragmatic reasons for ceasing to be angry and moving on, is eternal anger moral? Is anger righteous? In this collection, contributors consider these and other questions about the causes and consequences of anger.

Leading off the debate, philosopher Agnes Callard argues that anger is not righteous rage; it is not an effort to solve a problem. Instead, it reflects a cry for help-a recognition that something shared is broken. And only in acknowledging the value of that shared project, she argues, can we begin together to repair it. Anger, then, is a starting point. But could there ever be the end of anger?

Bringing together today's leading thinkers on anger, this volume raises questions critical to our intimate and public lives.

» Have you read this book? We'd like to know what you think about it - write a review about On Anger book by Agnes Callard and you'll earn 50c in Boomerang Bucks loyalty dollars (you must be a Boomerang Books Account Holder - it's free to sign up and there are great benefits!)


A Preview for this title is currently not available.
More Books By Agnes Callard
View All