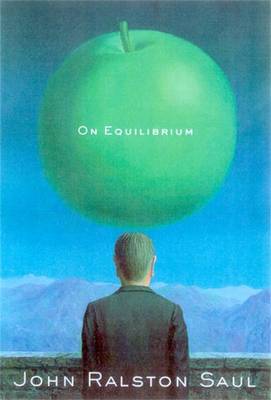 John Ralston Saul explains how our different qualities give us the intelligence, self-confidence and practical ability to think and act as responsible individuals. He argues, however, that when certain human qualities are worshipped in isolation they become weaknesses, even forces of destruction or self-destruction. In short, they become ideologies.How can we use our qualities as positive forces in our own lives - and the life of our society? How can we use them so that each builds upon the other to reinforce us as humans?Saul's answer is Balance.On Equilibrium is an intelligent, persuasive and controversial exploration of the essential qualities of humanity and how they can be used to achieve equilibrium for the self and to foster an ethical society. It is at once an attack on our weakness for ideologies and a manual for humanist action. It is the logical, compelling and humane successor to Saul's bestselling trilogy Voltaire's Bastards, The Doubter's Companion and The Unconscious Civilisation.

Other Editions - On Equilibrium by John Ralston Saul 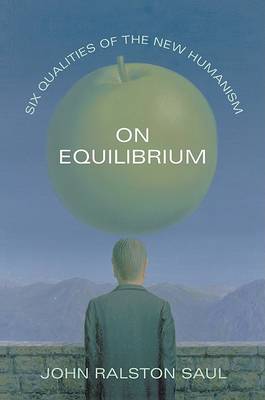 » Have you read this book? We'd like to know what you think about it - write a review about On Equilibrium book by John Ralston Saul and you'll earn 50c in Boomerang Bucks loyalty dollars (you must be a Boomerang Books Account Holder - it's free to sign up and there are great benefits!)

John Ralston Saul's philosophical trilogy - Voltaire's Bastards, The Doubter's Companion and The Unconscious Civilization - has had a growing impact on political thought in many countries. A further work, On Equilibrium, is a persuasive and groundbreaking exploration of the human struggle for personal and social balance. Mr. Saul has written five novels, including The Birds of Prey and The Field Trilogy. These works deal with the crisis of modern power and its clash with the individual. Like his non-fiction, his novels have been translated into many languages. He has received many national and international awards for his work. The Unconscious Civilization won the 1996 Governor General's Literary Award for Non-Fiction as well as the Gordon Montador Award for Best Canadian Book on Social Issues. His reinterpretation of the nature of Canada , Reflections of a Siamese Twin, also won a Montador Award and was chosen by Macfean's magazine as one of the ten best non-fiction books of the twentieth century. His novel The Paradise Eater won the Premio Lettarario Internazionate in Italy. Most recently he received the Pablo Neruda Medal in celebration of the hundredth anniversary of Neruda's birth. Mr. Saul was born in Ottawa and studied at McGill University and the University of London, where h

A Preview for this title is currently not available.
More Books By John Ralston Saul
View All