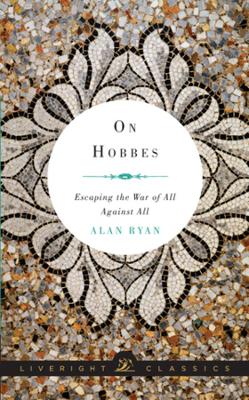 Escaping the War of All Against All

Description - On Hobbes by Alan Ryan

In Leviathan, Hobbes created the idea of a "social contract" and set out to explicate a doctrine for the foundation of states and legitimate forms of government. In On Hobbes, Ryan explains how he created the secular conception of the state and politics in one of the first truly modern works of political philosophy. Ryan explicates how current notions of individual rights, sovereignty, representative government and almost all liberal political theory find their foundation in Hobbes.

» Have you read this book? We'd like to know what you think about it - write a review about On Hobbes book by Alan Ryan and you'll earn 50c in Boomerang Bucks loyalty dollars (you must be a Boomerang Books Account Holder - it's free to sign up and there are great benefits!)