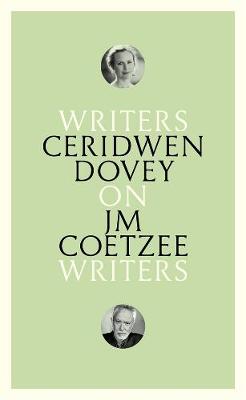 On JM Coetzee: Writers on Writers

Description - On JM Coetzee: Writers on Writers by Ceridwen Dovey

From South Africa to Australia, Dovey draws on family history to explore the Nobel Prize-winning writer's work, tracing an intellectual heritage that has been passed from mother to daughter.

'I was born in the year J.M. Coetzee published his third novel, Waiting for the Barbarians. My mother read this dark, disturbing book with its multiple scenes of torture as she breastfed me at night, while my older sister slept and the house was quiet. It was 1980. The apartheid government had declared a state of emergency in the face of growing internal revolt, and my parents were thinking of leaving South Africa again.'

For Ceridwen Dovey, J.M. Coetzee 'has always been there, an unseen but strongly felt presence in our small family drama'. As a child, she observed with fascination her mother's immersion in Coetzee's writing as she worked on what would become the first critical study of his early novels. Even now, as a writer herself, Ceridwen's relationship with Coetzee's books is still mediated by her mother's readings of them- to get to him, she must first step through her mother's formidable mind. With tenderness and insight, Dovey draws on this personal history to explore the Nobel Prize-winner's work - how his books 'do theory' on themselves - while also tracing the intellectual heritage that has been passed from mother to daughter.

In the Writers on Writers series, leading writers reflect on another Australian writer who has inspired and fascinated them. Provocative, crisp and written from a practitioner's perspective, the series starts a fresh conversation between past and present, writer and reader. It sheds light on the craft of writing, and introduces some intriguing and talented authors and their work.
Published by Black Inc. in association with the University of Melbourne and State Library Victoria.

Also available in the Writers on Writers series

» Have you read this book? We'd like to know what you think about it - write a review about On JM Coetzee: Writers on Writers book by Ceridwen Dovey and you'll earn 50c in Boomerang Bucks loyalty dollars (you must be a Boomerang Books Account Holder - it's free to sign up and there are great benefits!)


A Preview for this title is currently not available.
More Books By Ceridwen Dovey
View All