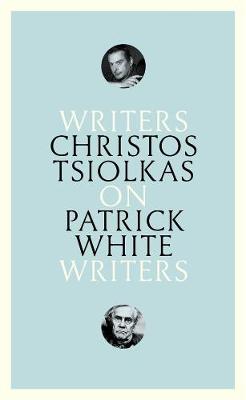 On Patrick White: Writers on Writers

Description - On Patrick White: Writers on Writers by Christos Tsiolkas

An electrifying introduction to the Nobel Prize-winning writer's work that identifies its distinctly Australian point of view and accounts passionately for what White's novels mean to readers now.

'Patrick White, the un-Australian writer who did more than any other writer in the twentieth century to create an imaginative language that we can call Australian, who unshackled us from the demand that we write as the English do, who recognised, through his own alienation and also through his profound love for his partner, that we were a migrant and mongrel nation forging our own culture and our own language.'

Christos Tsiolkas spent a year of 'discovery and rediscovery' reading Patrick White. In this passionate and original book, he shows how the Nobel Prize winner's work still speaks to us.

Other Editions - On Patrick White: Writers on Writers by Christos Tsiolkas 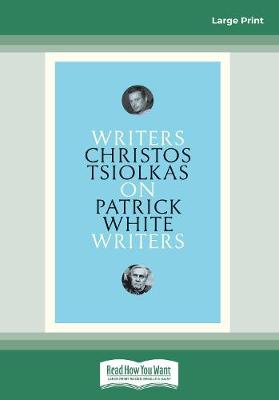 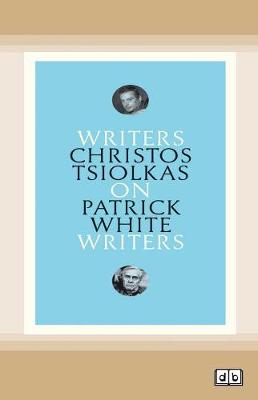 » Have you read this book? We'd like to know what you think about it - write a review about On Patrick White: Writers on Writers book by Christos Tsiolkas and you'll earn 50c in Boomerang Bucks loyalty dollars (you must be a Boomerang Books Account Holder - it's free to sign up and there are great benefits!)

Christos Tsiolkas is the award-winning author of five novels- Loaded, which was made into the feature film Head-On, The Jesus Man and Dead Europe. His novel The Slap won a Commonwealth Writers' Prize, was shortlisted for the 2009 Miles Franklin Literary Award, longlisted for the 2010 Man Booker Prize and has been twice adapted for TV. His latest novel, the bestselling Barracuda, has also been adapted for the screen and his short-story collection, Merciless Gods, was published to acclaim in 2014. Christos is also a playwright, essayist and screenwriter. He lives in Melbourne.