Towards a Revised General Theory

Description - On Secularization by David Martin

'Secularization' has been hotly debated since it was first subjected to critical attention in the mid-sixties by David Martin, before he sketched a 'General Theory' in 1969. 'On Secularization' presents David Martin's reassessment of the key issues: with particular regard to the special situation of religion in Western Europe, and questions in the global context including Pentecostalism in Latin America and Africa. Concluding with examinations of Pluralism, Christian Language, and Christianity and Politics, this book offers students and other readers of social theory and sociology of religion an invaluable reappraisal of Christianity and Secularization. It represents the most comprehensive sociology of contemporary Christianity, set in historical depth.

Other Editions - On Secularization by David Martin 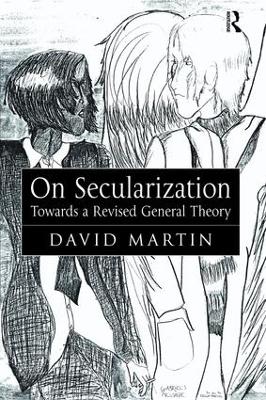 » Have you read this book? We'd like to know what you think about it - write a review about On Secularization book by David Martin and you'll earn 50c in Boomerang Bucks loyalty dollars (you must be a Boomerang Books Account Holder - it's free to sign up and there are great benefits!)

David Martin is Emeritus Professor of Sociology at London School of Economics and is Honorary Professor at Lancaster University, UK. He is author of more than twenty books, of which a key one was A General Theory of Secularization (1978), a foundational text, which shifted the debate towards the historical variability of secularization.

A Preview for this title is currently not available.
More Books By David Martin
View All

Christian Language and its Mutations: Essays in Sociological Understanding
$77.21 $77.99

The Future of Christianity: Reflections on Violence and Democracy, Religion and Secularization
$90.08 $90.99