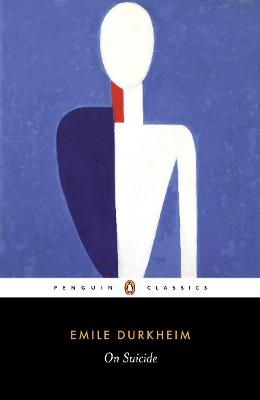 Description - On Suicide by Emile Durkheim

Emile Durkheim's On Suicide (1897) was a groundbreaking book in the field of sociology. Traditionally, suicide was thought to be a matter of purely individual despair but Durkheim recognized that the phenomenon had a social dimension. He believed that if anything can explain how individuals relate to society, then it is suicide- Why does it happen? What goes wrong? Why do certain social, religious or racial groups have higher incidences of suicide than others? As Durkheim explored these questions he became convinced that abnormally high or low levels of social integration lead to an increased likelihood of suicide. On Suicide was the result of his extensive research. Divided into three parts - individual reasons for suicide, social forms of suicide and the relation of suicide to society as a whole - Durkheim's revelations have fascinated, challenged and informed readers for over a century.

» Have you read this book? We'd like to know what you think about it - write a review about On Suicide book by Emile Durkheim and you'll earn 50c in Boomerang Bucks loyalty dollars (you must be a Boomerang Books Account Holder - it's free to sign up and there are great benefits!)


A Preview for this title is currently not available.
More Books By Emile Durkheim
View All