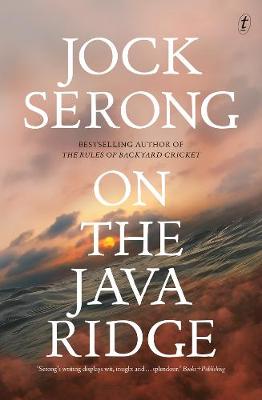 On The Java Ridge

Description - On The Java Ridge by Jock Serong

Amid the furious ocean there was no human sound on deck- some people standing, watching the wave, but no one capable of words. On the Java Ridge, skipper Isi Natoli and a group of Australian surf tourists are anchored beside an idyllic reef off the Indonesian island of Dana. In the Canberra office of Cassius Calvert, Minister for Border Integrity, a Federal election looms and (not coincidentally) a hardline new policy is being announced regarding maritime assistance to asylum-seeker vessels in distress.A few kilometres away from Dana, the Takalar is having engine trouble. Among the passengers fleeing from persecution are Roya and her mother, and Roya's unborn sister. The storm now closing in on the Takalar and the Java Ridge will mean catastrophe for them all.With On the Java Ridge Jock Serong, bestselling author of The Rules of Backyard Cricket, brings us a literary novel with the pace and tension of a political thriller - and some of the most compelling, heartstopping writing about the sea since Patrick O'Brian.

Other Editions - On The Java Ridge by Jock Serong 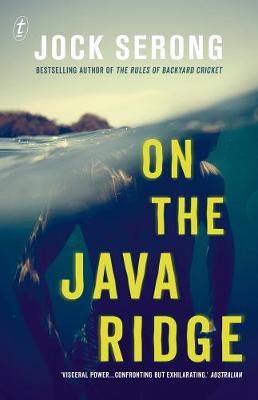 Book Reviews - On The Java Ridge by Jock Serong

» Have you read this book? We'd like to know what you think about it - write a review about On The Java Ridge book by Jock Serong and you'll earn 50c in Boomerang Bucks loyalty dollars (you must be a Boomerang Books Account Holder - it's free to sign up and there are great benefits!)

“She checked her treasures, the things from which she would never be parted: her father’s ring, heavy and scrolled, tumbling like a snail in the pocket her mother had sewn into her dress; and her English book – a worn copy of the Pocket Oxford Dictionary, between the pages of which she kept the photograph she loved. Her mother. The ring. The book and the photograph. Between them she strung the globes of hope”

On the Java Ridge is the third novel by Australian author, Jock Serong. In Canberra, a week out from a Federal election, the Minister for Border Integrity announces a tough new policy to deal with boats illegally entering Australian waters. In Bali, seven Australians set out on a custom-built traditional Indonesian boat to surf the waters near Raijua Island. In Sulawesi, a boat full of asylum seekers departs under cover of darkness, heading for Ashmore Reef. What occurs over the next seven days will affect many lives and have major repercussions.

The bulk of the narrative is carried by three characters: nine-year-old Roya Sayghan is a Hazara from Herat who is hoping to reach asylum in Australia with her mother and unborn sister; Isi Natoli gave up a boring office job to partner with Joel Hughes in a surf tourism business; Cassius Calvert, a former Olympic rower turned politician, is beginning to have certain misgivings about the policy he has just announced.

Perhaps not much imagination is required to figure out what will happen, but Serong gives the reader a plot with plenty of twists and red herrings. He slowly builds up the situation, drip feeding complicating factors into the story, so that, each time the reader is sure nothing can be added, another wrinkle appears, escalating the tension, intensifying the drama, until the final shocking conclusion.

It matters little whom the reader casts in their mind as the Australian Prime Minister and the Minister for Border Integrity: their dialogue, attitudes and behaviour are more than plausible. Likewise, the rest of the cast exude familiarity: the dedicated surfers; the political staffers; the neglected son; the social justice advocate; the asylum seekers: the bored surveillance operator. The city of Canberra, too, is well conveyed. Serong’s prose is often exquisite, and he manages to insert some subtle black humour.

It is quite apparent that Serong has his finger firmly on the pulse of current events: this is a thoroughly credible hypothetical, a truly intriguing and frighteningly believable “what if?” that is brilliantly executed, acutely topical and extremely relevant. What will this talented author do next?

Jock Serong's debut novel Quota won the 2015 Ned Kelly Award for Best First Crime Novel. In 2016, The Rules of Backyard Cricket was shortlisted for the Victorian Premier's Literary Award. On the Java Ridge is his third novel. Jock teaches law and writes feature articles in the surfing media and for publications such as The Guardian and Slow Living. He lives with his wife and four children in Port Fairy, Victoria.