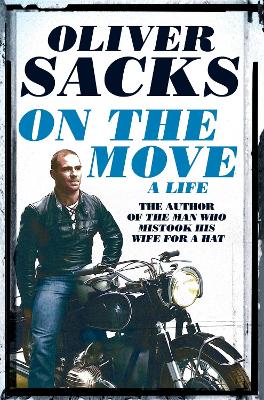 Description - On the Move by Oliver Sacks

When Oliver Sacks was twelve years old, a perceptive schoolmaster wrote in his report: 'Sacks will go far, if he does not go too far'. It is now abundantly clear that Sacks has never stopped going. From its opening pages on his youthful obsession with motorcycles and speed, On the Move is infused with his restless energy. As he recounts his experiences as a young neurologist in the early 1960s, first in California and then in New York, where he discovered a long-forgotten illness in the back wards of a chronic hospital, as well as with a group of patients who would define his life, it becomes clear that Sacks's earnest desire for engagement has occasioned unexpected encounters and travels - sending him through bars and alleys, over oceans, and across continents.

"Sacks's empathy and intellectual curiosity, his delight in, as he calls it, "joining particulars with generalities" and, especially, "narratives with neuroscience" - have never been more evident than in his beautifully conceived new book. . .remarkably candid and deeply affecting" Boston Globe

"Honest, lucid, passionate, humorous, humane and human (also slightly Martian). . .[a] marvelous memoir, which is as unconventional and singular as the man himself" Wall Street Journal

"[Sacks'] delving accounts of the invalids he treats have until now stood in stark contrast to his restraint about revealing himself deeply, even though autobiographical threads run through such books as A Leg to Stand On, Uncle Tungsten and Hallucinations. A doctor - concerned, engaging, humane, eccentric and unforthcoming - has occupied the foreground in his self-description. With On the Move, he has finally presented himself as he has presented others: as both fully vulnerable and an object of curiosity." New York Times

Other Editions - On the Move by Oliver Sacks 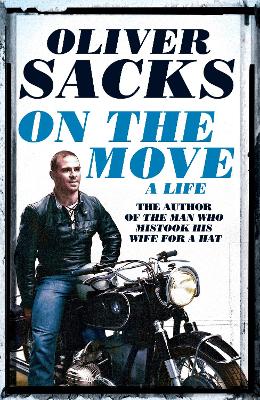 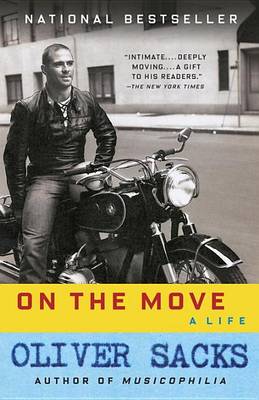 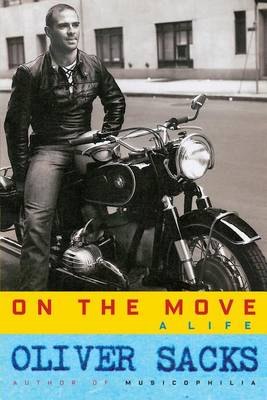 View all editions of On the Move by Oliver Sacks

Book Reviews - On the Move by Oliver Sacks

» Have you read this book? We'd like to know what you think about it - write a review about On the Move book by Oliver Sacks and you'll earn 50c in Boomerang Bucks loyalty dollars (you must be a Boomerang Books Account Holder - it's free to sign up and there are great benefits!)

Oliver Sacks was born in 1933 in London and was educated at Queen's College, Oxford. He completed his medical training at San Francisco's Mount Zion Hospital and at UCLA before moving to New York, where he soon encountered the patients whom he would write about in his book Awakenings. Dr Sacks spent almost fifty years working as a neurologist and wrote many books, including The Man Who Mistook His Wife for a Hat, Musicophilia, and Hallucinations, about the strange neurological predicaments and conditions of his patients. The New York Times referred to him as 'the poet laureate of medicine.' His memoir, On the Move, was published shortly before his death in August 2015. For more information, please visit www.oliversacks.com.

A Preview for this title is currently not available.
More Books By Oliver Sacks
View All