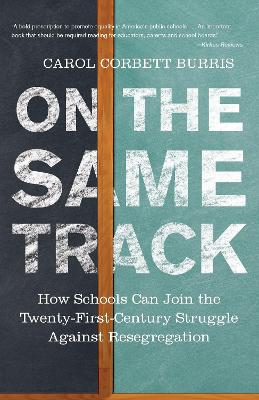 On the Same Track

How Schools Can Join the Twenty-first-century Struggle Against Resegregation

Description - On the Same Track by Carol Corbett Burris

What would happen if a school eliminated the "tracks" that rank students based on their perceived intellectual abilities? Would low-achieving students fall behind and become frustrated? Would their higher-achieving peers suffer from a "watered-down" curriculum? Or is tracking itself the problem? A growing body of research shows that tracking doesn't increase learning for the minority and low-income students who are overrepresented in low-track classrooms. This de facto segregation has led many civil rights advocates to argue that tracking is turning back the clock on equal education.

As a principal at a New York high school, Carol Corbett Burris believed that the curriculum for the best students was the best curriculum for all. She helped lead a bold plan to eliminate tracking from her school, and the results couldn't have been further from the doom-and-gloom scenarios of tracking proponents. Instead, there was a dramatic improvement in the achievement of all students, across racial and socioeconomic divisions, and a near elimination of the achievement gap. Today, due to those efforts, International Baccalaureate English is the twelfth-grade curriculum for South Side students, and all students take the same challenging courses, together, to prepare them for college.

In On the Same Track, Burris draws on her own experience, on the experiences of other schools, and on the latest research to make an impassioned case for detracking. Not only does the practice of tracking fail to benefit lower-tracked students, as Burris shows, but it also results in the resegregation of classrooms. Furthermore, she argues that many of today's popular reforms emanate from the same "sort and select" mentality that reinforces social stratification based on race and class.

On the Same Track is a rousing, controversial, and yet optimistic account of how we need to change our assumptions and policies if we are to live up to the promise of democratic public education. Only by holding all students to the same high standards can we ensure that all have the same opportunity to live up to their full potential.
From the Hardcover edition.

Other Editions - On the Same Track by Carol Corbett Burris 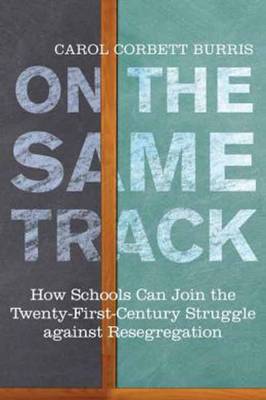 Book Reviews - On the Same Track by Carol Corbett Burris

» Have you read this book? We'd like to know what you think about it - write a review about On the Same Track book by Carol Corbett Burris and you'll earn 50c in Boomerang Bucks loyalty dollars (you must be a Boomerang Books Account Holder - it's free to sign up and there are great benefits!)

Carol Corbett Burris is principal of South Side High School in the Rockville Centre School District of New York. In 2013 she was named New York State High School Principal of the Year. She is a frequent guest blogger on the Washington Post's Answersheet and is coauthor of Detracking for Excellence and Equity and Opening the Common Core: How to Bring All Students to College and Career Readiness. She lives in East Rockaway, New York. From the Hardcover edition. 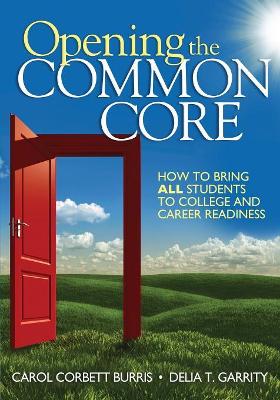